End of the Second World War

Operation: Red Dawn is the first mission of the Soviet Campaign in Command & Conquer: Red Alert 2.

As the USSR unleashes its forces on the US mainland, a newly appointed Soviet Commander is given the task of invading Washington D.C. by Premier Romanov himself. In this endeavor, he is assisted by Zofia as his intelligence officer.

The US was caught completely off guard and mostly unprotected while the Soviets had been preparing for years.

The Soviets had legions of fresh and highly dedicated conscripts brought in by airplanes. More Conscripts could be deployed from a small base if necessary. A legion of Engineers were also used to capture enemy structures. Once the Soviets had advanced to the Pentagon, a battalion of Rhino Tanks arrived to assist. The Soviets drastically outnumbered the Allies, with hundreds of soldiers.

The Allies had a small base protecting the Pentagon, but it was ill-defended and quickly destroyed. There were also legions of G.I.s, but they were spread out and easy prey. The Allies clearly had not expected an attack, and they simply could not compete with the invaders.

The start of the Soviet attack was very surprising. The air raid siren was sounded by the Washington defensive forces, but the anti-air defenses weren't able to deal with the transport planes. The Soviets dropped a batallion of Paratroopers near the Iwo Jima Monument where they didn't meet enemy resistance and killed several American civillians. the paratroopers seized the monument and replaced the American flag with a Soviet one.

In a short time after the initial paradrop, the Soviet landed a mobile construction vehicle.

After deploying of the base, the paratroopers started their advance towards the Pentagon. Soviets encountered a platoon of American GIs near a gas station. A company of conscripts took position inside the gas station and eliminated the GI platoon. A second company of conscripts advanced further, took position in a building and started to fire at the enemy base. Meanwhile, a third company entered the base and killed several soldiers. The first and second companies joined the attack, and eliminated the rest of the GIs and destroyed a battery of Patriots. Meanwhile the paratrooper battalion were reinforced by another company which was dropped to the now destroyed American base. However, the Americans hastily destroyed the bridge to delay the Soviet advance. Engineers were sent to repair the bridge and they also captured the American power plants.

The invaders crossed the bridge and entered nearby buildings to destroy the Allied blockade guarding the base. They entered the base, cleared it of American soldiers and used the paradropped engineers they got to capture the Tech Airport and the rest of the base.

The Soviets built up a strike force. Soon, they crossed the bridge towards the Pentagon. Rhino tanks took care of the pillboxes, and the Pentagon was swarmed with conscripts. Pentagon was finally destroyed with the help of additional paradropped reinforcements.

The attack was a major success for the Soviets. The Soviets were able to capture many important American officers, thanks to the speed and ferocity of their attacks. They were also able to capture the city, and coupled with the civilian deaths, intimidated the U.S. However, General Carville among others were able to escape after his office in the Pentagon was destroyed.

American citizens waking up to the Soviet Invasion Alarms. Confused at what's happening

... and then later overun a nearby outpost

They crossed the bridge

They get close to the Pentagon

The Soviets surround the Pentagon

... and proceed to destroy it
Add an image to this gallery 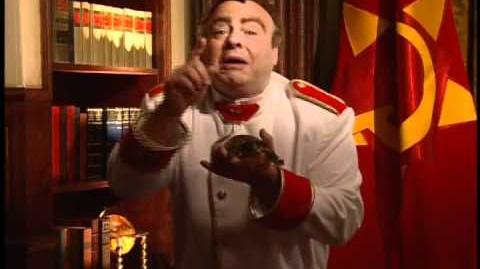 Retrieved from "https://cnc.fandom.com/wiki/Red_Dawn?oldid=236619"
Community content is available under CC-BY-SA unless otherwise noted.