Nod regains control of the Nile and then reconquers Egypt

Reinforce Egypt is the nineth mission in Tiberian Dawn during Nod's campaign in 2001.

After their Invasion Of Egypt Nod forces had established what seemed like a secure grip on the country. However they still had to contend with the GDI navy and its armoured gunboats. Having overcome the Egyptian fortifications the GDI navy took control of the Nile and overran Egypt although the stubborn resistance of certain Nod elements bought some time. But with Nod's victory in Zaire, Kane was now free to focus on regaining Egypt.

A recently "promoted" Nod commander, the rising star of Nod and now online chess partner to Kane himself was ordered to see to the situation in Egypt. The plan he was given once again involved taking a small force from Libya or Sudan to capture an abandoned base, but this time it was a Nod base along the Nile that previously had been devastated by the GDI navy. Additionally he was informed that a local village had shown enthusiastic participation in the new elections and he was thus to show them no mercy.

He was also informed that he could call upon the aid of the Brotherhood of Nod's new weapon, the Devil's Tongue flame tank. Having reoccupied and rebuilt the Nod base, the Nod commander would utterly destroy the GDI base and all the GDI forces in the area. It is not known however whether he obeyed Kane's recommendations to destroy the village however.

Having rebuilt their base at Luxor, Nod forces would swiftly rebuild their Nile fortifications, probably now with Obelisks of Light. Having thus secured themselves against the assault of the GDI navy from the Nile, Nod forces would sweep down the Nile from Sudan and march on into Cairo.

In a great bloodbath Nod eliminated a great number of Egypt's GDI supporters. Nod would remain in control of Egypt through the whole intervening period between the First Tiberium War and the Second Tiberium War despite the collapse of Nod as a coherent organisation. 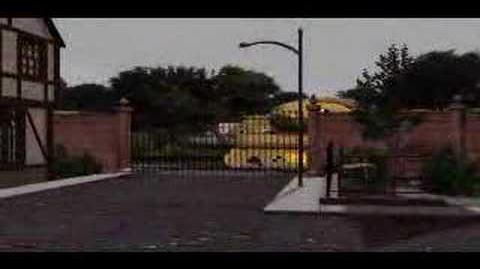