Cannot be deployed:
The Repair drone is a GDI support unit in Command & Conquer: Rivals.

Heals adjacent allies for a percent of their maximum health every second. Loses health over time.

The primary purpose of the drone is to heal friendly units. It is less effective at healing squad units since it cant bring back to life fallen units. But is very effective when paired up with high HP units, like Sandstorm.

It seems to be able to repair a seemingly unlimited number of units, so it is especially effective when it supports a large number of stacked units.

The fast movement and the quick deployment time means that the drone is capable of flipping or stalling the missile in the critical moments in the game. To deal with this, pads (especially the seemingly safe ones) should be held by units with anti-air capabilities, like Laser squads.

Repair drone does not consume a population slot. 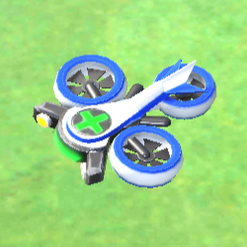 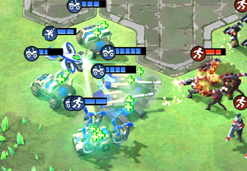 Healing
Add an image to this gallery

Retrieved from "https://cnc.fandom.com/wiki/Repair_Drone?oldid=240986"
Community content is available under CC-BY-SA unless otherwise noted.