Retrieve Disruptor Crystals is eleventh GDI mission in the Tiberian Sun campaign. It takes place in Sweden during the Second Tiberium War.

It is imperative that you prevent the train carrying the crystals from reaching the Nod base. Recent ice melts in the region have washed out the only train bridge. However, Nod engineers are on their way to repair it, so you must move quickly. If you can get to the train before the bridge is repaired, we can recover the crystals with little trouble. Otherwise, we will have to assault the Nod base to reclaim the crystals. Remember, to stop the train, you must destroy the locomotive, not the cars, but the cargo car holds the crystals.

Nod has stolen disruptor crystals from Hammerfest base and is transporting them via train. However recent ice melts has have washed out the only train bridge. Nod engineers are on their way to repair the bridge and GDI decided to strike quickly to retrieve crystals. If the GDI strike team does not reach the train and retrieve the crystals before the bridge is repaired, they would have to assault the Nod base and retrieve crystals transported there.

It is possible to win this mission very quickly.

With the crystals successfully retrieved, GDI had what they need to deploy their new tanks against the Brotherhood. However, Nod had started launching chemical missiles against Europe in order to accelerate the spread of Tiberium.

This method has been tested twice on Hard difficulty, employing an approach from an odd angle- using the waterway. If done carefully enough, casualties should be minimal and mission effectiveness/efficiency high (over 110%).

Gather your troops and head south until you see an enemy guard- kill him. A bit southeast is a ramp, go up there with your whole contingent of units. Keep going south until you hit the bottom edge of the map, then proceed west with the Hover MRLSs and the Amphibious APCs into a waterway. Continue along the waterway and with your Hover MRLSs target the locomotive of the train, stopping it dead in its tracks. Destroy everything in range of the Hover MRLSs- the power plant, infantry, cyborg, and the laser. At one point, Subterranean APCs with Light Infantry arrive in their small base- hitting them with the Hover MRLSs and then retreating to the safety of the river will cause the Light Infantry to attack the Titan and the Wolverines near the place where the amphibious units originally entered the waterway. Continue dismantling the base, removing the Buggy and the other laser, and directly attack the cargo car. Move a unit over the crate to finish the mission.

GDI breakes through walls of small base, destroy cargo and retrieve disruptor crystals.

They fire at the train.

And leave it wrecked.
Add an image to this gallery 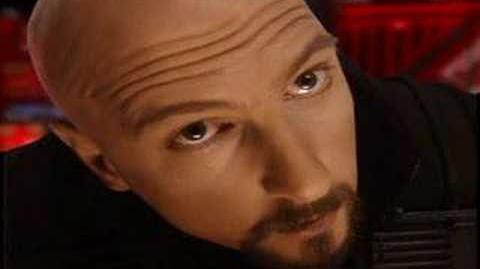 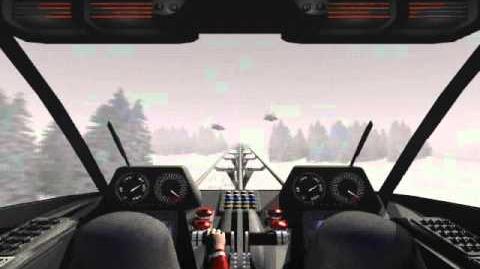 The map for this mission was reused and redone for an Allied mission of Mental Omega v2.0.

Retrieved from "https://cnc.fandom.com/wiki/Retrieve_Disruptor_Crystals?oldid=204117"
Community content is available under CC-BY-SA unless otherwise noted.