Can attack both Air and Ground units.
The Rhino is a common GDI vehicle unit in Command & Conquer: Rivals.

The Rhino is GDI's primary all-terrain scout vehicle. Fast, lightly armored, and armed with an M60 machine gun, the Rhino is useful in both anti-infantry and anti-aircraft operations.

An early game unit that can do it all. Can deal with all early game infantry and can even punch above its weight against light vehicles, like Attack bikes. It's rapid-fire and ability to target air makes it especially useful against Drone swarm and Laser drones.

Being a jack-of-all-trades unit, an over-leveled Rhino is especially devastating. The levels advantage can make them superior to any early game unit, even vehicles, requiring heavy-hitting anti-vehicles to deal with them. Even without level advantage, the Rhino is difficult to deal with for aggro decks.

Rhinos play well with Pitbulls, both of which originate from War factory and can deal with all types of units, but in the early game, this pair is a bit expensive to field.

Rhinos are most vulnerable to tanks, but even heavy anti-infantry like Mutant marauders will make short work of them. During the late game, Rhino will struggle against the heavy-hitting units with high health but is quite effective against Confessors. 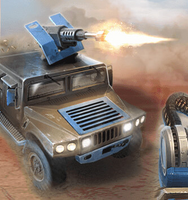 Art, cropped from a promo image 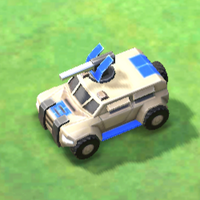 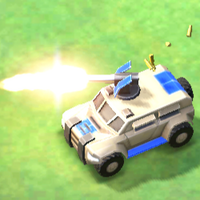 Retrieved from "https://cnc.fandom.com/wiki/Rhino_(Rivals)?oldid=240822"
Community content is available under CC-BY-SA unless otherwise noted.