General Rodall 'Demo' Juhziz was a GLA commander who specializes in explosives.

This 36 year old[1] bomb-maker of Middle Eastern ancestry is responsible for some of the most devastating terrorist attacks of the twenty-first century. General Juhziz and his organization have been tied to both the attack on the US Embassy in Cairo and the sinking of the USS Nelsen in 2012. Such bold strikes have drawn more supporters to his side, including bombers from many nations willing to sacrifice their lives for the causes of the GLA. General Juhziz lost the use of a hand in a bomb-making accident and rarely speaks to anyone outside of his own organization.[2]

Commanding the GLA Scorpion cell, 'Demo' Juhziz is a much-feared and very threatening opponent for the GLA's enemies.

General Rodall Juhziz was sadly not included in the General Challenge, therefore, if the player chose to play the demolitions general, he/she had to beat all of the generals that are in the Challenge. The same goes for General Shin Fai, though both generals' audio files were included in the game.

His Challenge is only playable using mods, (like Shockwave Mod, Progen Mod, and Nproject Mod) which enables the challenge with complete map, audio, and a cinematic intro.

It is unknown as to why his challenge was removed, though some speculate that it was due to time constraints during the game's development. 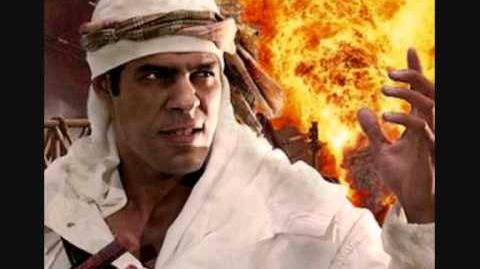 Retrieved from "https://cnc.fandom.com/wiki/Rodall_Juhziz?oldid=244701"
Community content is available under CC-BY-SA unless otherwise noted.