Ruin and Reunion is the last mission in the tale of Yuriko in Command & Conquer: Red Alert 3: Uprising.

While Yuriko headed back to the Research Center to confront Shimada after laying waste to Camp Dakota last mission, News3 speculated as to how the detention center where the psychic girl was imprisoned was massacred and utterly destroyed with no trace as to who done it.

Meanwhile, Yuriko reached Japan and had a heart of revenge to personally bring Shimada to ruin and rescue Izumi...

Yuriko announced herself to the personnel without warning and killed all of the guards locked in the room with her. She soon penetrated deep into the research center, trying to find an elevator that will take her down to the lower level where Shimada and Izumi were located.

However, each time she approached an elevator, Shimada detonated it to deny her access, who by now was forced to kill his favourite child to prevent any more harm. Izumi, however, encouraged her sister not to fail. Along the way, Yuriko was constantly attacked by Imperial troops and vehicles but used her psychic powers to level the situation. But the center was not only renovated - Shimada installed Psychic Inhibitors around the place to prevent Yuriko from utilising her psychic powers. At the same time, she collected out of data-terminals many intel reports concerning the background of the Empire's arsenal, Shiro's work, and psychic research.

Dr. Shimada soon could not afford be trapped under the center by self-destructing the last elevator, allowing Yuriko to use it.

At the lower level, Yuriko found Izumi in a psychic inhibitor prison and Shimada beside her. But she was greeted by Dr Shimada's last line of defences, which turned out to consist of mechanized units, including the Steel Ronins, King Onis and the mighty Giga Fortresses, supported by the last four Psychic Inhibitors. While they initially caused some problems, Yuriko still managed to destroy them all and chased Shimada around the chamber, trying to mangle him. By then, Shimada was protesting, claiming that he was trying to help and protect Yuriko from harm, but saw that "you both crave for power". Yuriko did not listen to Shimada and finally put him out of his misery with her psychic powers. At this moment, Izumi broke free.

Izumi thanked Yuriko and broke free from her prison with a Psionic Decimatior blast.

That was when Yuriko was in for one rude awakening.

Immediately afterwards, Izumi believed she is psionically superior to Yuriko and decided on the spot to end her life. Yuriko was enraged by what she had gone through to reach and kill Shimada, and the two sisters fought each other in a climatic, do-or-die duel. Izumi called upon her own Imperial warriors to take out the weakened Yuriko, but the latter carefully used her psychic abilities and the objects around the chamber to deal with Izumi and the sister-versus-sister issue. Before Izumi herself could strike the final blow, Yuriko finished off her sister.

Immediately after Izumi's fall, the research center began to self-destruct after taking consecutive damage from both sides' devastating attacks. Yuriko manages to escape the center and is last seen overlooking Tokyo, pondering:

The "boss battle" between Yuriko and Izumi may seem frustrating to many first-time players. 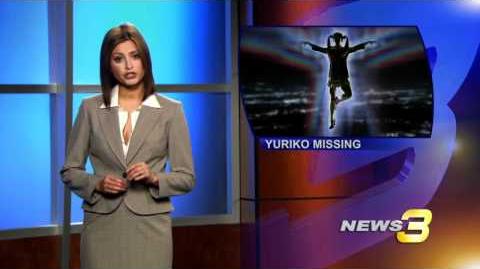 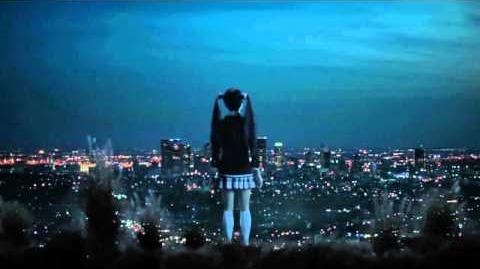