President of the EU

Rupert Thornley is the President of the European Union in Command & Conquer: Red Alert 3: Uprising.

Thornley is a shrewd ambassador and businessman, who worked tirelessly behind the scenes during the last war in order to secure the necessary funding and support that eventually enabled the Allies to prevail. In the aftermath of the war, he endeavored to publicize these successes.[1]

For unknown reasons, Thornley was extremely supportive of FutureTech, the technology firm responsible for much of the Allies technological edge during the war. He was the one who convinced the Allied leadership to disclose the secrets of the Proton Collider to FutureTech in exchange for their service in the development of the Harbinger gunship, and personally smoothed over the conflicts between Allied officials and FutureTech when the latter selected Harbinger crews exclusively from their private flight schools instead of the ranks of the Allied air force.[2]

In truth, he has been secretly diverting public funds to build his own private army, with the help of FutureTech.[3]

After the defeat of the Soviet Union during the war, its government was dismantled, and it came under Allied occupation. At a press conference, Thornley assured the public that the Allies are merely there to ease the transition, and the Russian people have welcomed them with open arms. In truth, however, an underground resistance was secretly planning to restore the Soviet Union.[4]

The EU President came under fire when he approved a trillion dollar contract with FutureTech, raising public concern over the apparent lack of government oversight. He defended himself by saying that FutureTech's technologies improved people's lives, and that "if we can't trust FutureTech, who can we trust?"[5]

During the Soviet resistance's attack on the FutureTech facility in Murmansk, which has been conducting human experiments on civilians, Thornley sent a transmission to the Soviet Commander, warning that their actions have violated the USSR's terms of surrender, that FutureTech is in full cooperation with the Allied Occupation Authority, and that he has authorized reinforcements to protect all FutureTech facilities.[5]

After the destruction of the FutureTech facility was made public, Thornley was interviewed at the Society for World Peace benefit. When asked about what kind of research was FutureTech conducting in the facility, Thornley quickly changed subject, saying that their first concern is finding the "terrorists who perpetrated this cowardly attack."[6]

During the Soviet attack on the FutureTech facility in Yucatan, Thornley contacted the Soviet Commander once again, saying that the loss of this facility would mean nothing once the Sigma Harmonizer is fully operational.[6]

Despite rising concern over its true purpose, FutureTech's Sigma Harmonizer was soon nearing completion, and Allied troops were deployed to protect it. In truth, the Sigma Harmonizer is a weapon capable of stopping time, and Thornley planned to use it to destroy the Soviet resistance for good. Realizing this, the Soviet resistance launched an assault on Sigma Island, the location of the device, and destroyed the Harmonizer before it could be fully powered.[7]

With the destruction of the Sigma Harmonizer, Thornley's ambitions were finally revealed to the world.[7] His ultimate fate is unknown, though he was presumably either executed or imprisoned by the Allies. 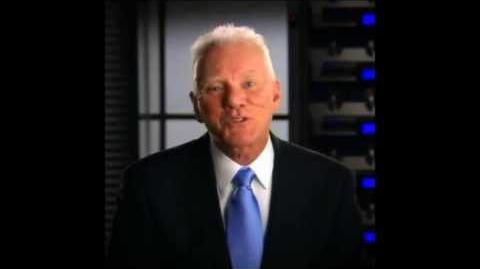 Retrieved from "https://cnc.fandom.com/wiki/Rupert_Thornley?oldid=227028"
Community content is available under CC-BY-SA unless otherwise noted.