A Much Brighter Future

Schemes on the Intruders was the second mission in the Soviet perspective of the Command & Conquer: Red Alert 3: Uprising.

With the rescue of the scientists and the discovery that the facility actually belonged to the company FutureTech and not actually the Allies, it alarmed the Soviet Underground which then watched the company and its activities closely. The underground began looking for any more FutureTech facilities and discovered one in their motherland...

For this operation, The Soviet Underground had their entire arsenal including their new Mortar Cycles to use for hit and run attacks.

FutureTech protected their facility with a fully operational army which included more Pacifier FAVs and also their new infantry, the Cryo Legionnaire and also had a Proton Collider in their facility. Also, several Allied prision guards were supporting FutureTech by hostaging prisoners in the area.

The Soviets had paradropped a company of War Bears, Conscripts and Flak Troopers to observe the facility. After evading some Allied patrols, they arrived on a cliff from which they could see the facility. They saw several Soviet civilians in a cage wearing military uniforms and dummy replicates of ADK-45, being frozen by Cryo Legionnaires. Just then, the civilians were murdered by a Cryo Legionnaire, who used his boost jump ability on them.

The furious Dasha called them "filthy animals" and ordered some Kirov Airships to reduce the facility to rubble, but the Kirovs were destroyed by Multigunner Turrets occupied by Cryo Legionnaires which simply froze the Kirovs in midair, causing them to fall out of the sky.

Dasha was shocked and told the Commander to fall back to to a nearby village and hole up until reinforcements arrived. The Soviets fought hard and managed to defend the base from FutureTech and Allied attacks (in fact, the Allies had a base to the south-east) by making use of the garrisons in the area until the reinforcements arrived.

The Soviets had gained their initiative and so attacked and destroyed the Allied base, freeing 3 groups of 4 captive Soviet Hammer Tanks each. The Hammer Tanks all had leached several other tanks and had a whole variety of weapons, including an Athena Cannon, an Apocalypse Tank's cannon, a V4 Rocket Launcher, an Assault Destroyer's 120mm cannon, and even a Future Tank's Neutron Scrambler. They then proceeded to attack the FutureTech facility and easily managed to destroy the activated Proton Collider in the base.

However, it was not so easy as suddenly President Thornley had contacted the Commander and told him that his attack was a violation to the surrender terms and ordered him to stay down and surrender. Soon after that, a full battalion of Allied tanks were teleported by the Chronospheres to the middle of the facility, but the Soviets destroyed the Allied reinforcements at the cost of several Hammer Tanks.

With the FutureTech facility destroyed, the attack caused some people to ask what FutureTech had been doing in this remote place of Russia. However, President Thornley responded that their first concern right now was to find the terrorist, responsible for that horrific attack.

The first part of the mission involves spying on Futuretech and the allies. The player just need to get his war bears to scout. After the Kirovs are shot down the player must retreat to the soviet base near the village. The new unit is the Mortar Cycle fast moving light artillery weapons used to destroy infantry and structures. The Futuretech and allied forces will use the cryo legionnaires to freeze your infantry so get powerful infantry destroying units to beat them. Once the reinforcements arrived get air, land and naval units to sweep up the map. The gulags are holding Hammer tanks and if liberated they can be used alongside the players Apocalypse tanks to assault the enemy bases. Beware of the Allies Harbingers and aircraft carriers. 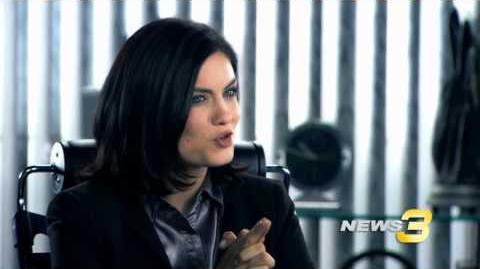 Retrieved from "https://cnc.fandom.com/wiki/Schemes_of_the_Intruders?oldid=240172"
Community content is available under CC-BY-SA unless otherwise noted.