The Scorpion Tank or Scorpion Mk. I was a Nod light tank serving as their main battle tank by the time of Tiberium Wars and Kane's Wrath.

Prototyped before the Second Tiberium War (first units were deployed as early as 2034, during the Rio Insurrection), Brother Marcion's writings state that he himself created the design, attributing Kane with inspiring him to do so.[2]

The light tank, codenamed the Scorpion, has three unique design features - first: the front armor of the tank is substantially sloped, with the rear completely exposed. Second: the gun is mounted right next to the crew compartment, and third: it moves on three treads.

This configuration, while odd at first glance, provides excellent maneuverability: as the articulate rear tread allows for fast turns and reversing. The mobility and speed afforded by the design minimized the possibility of rear-armour shots from enemy tanks, whilst up-front, the driver is protected by Nod's trademark insect-like cockpit, also used in the Reckoner, Venom and the Attack Bike.

Its main weapon is a classic 105mm APDS cannon, which is only moderately effective against newer armour, such as that equipped on GDI's Predator MBT. It can be upgraded with a Spitfire laser capacitor, which removes it's main gun on the cockpit segment and places a laser gun on the back, increasing its firepower greatly—giving the Scorpion Tank a signature "sting". Another upgrade is the forward mounted Dozer blades, which increases armor and allows the tank to crush enemy heavy infantry (e.g. GDI Zone Troopers and Scrin Shock Troopers)—a feat impossible for the default configuration, as well as remove minefields and crush Scrin Disintegrators without any harm.

The Scorpion's light weight allows it to be airlifted into and out of combat with Nod Carryalls, though the heavier Predators can be airlifted with GDI's own V-35 Ox transports.

Scorpions are widely used by Nod forces in all theaters of war, being cheap to construct, fast and available early in the tech tree. Only a War Factory is required to construct them and they are far cheaper than both the Predator and the Devourer Tank, in addition to having superior speed and maneuverability. Having said that, if an equal number of Scorpions and Predators or Devourers face off, the Scorpions almost always come off worse. However, in superior numbers and/or with deft tactical handling (emphasis on superior numbers), Nod commanders can usually count on the Scorpion to carry them through.

The Scorpion light tank was replaced with the AT-20 Scorpion Tank during the Fourth Tiberium War: an advanced subterranean Mk. II version more suited to taking on and bringing down heavy targets.

The role of true main battle tank was taken over by Nod's new Avenger. 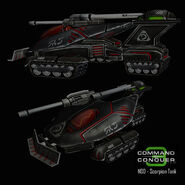 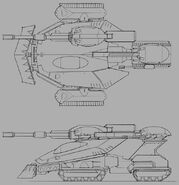 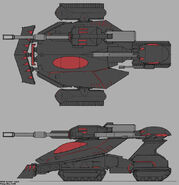 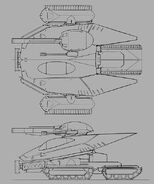 Three fully upgraded Scorpion Tanks. (Left to right: Nod, Black Hand, Marked of Kane) note that Marked of Kane does not have the Spitfire lasers
Add an image to this gallery 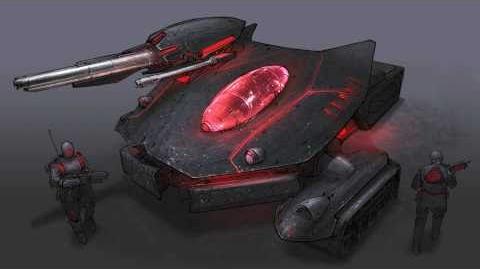 Retrieved from "https://cnc.fandom.com/wiki/Scorpion_tank_(Tiberium_Wars)?oldid=237510"
Community content is available under CC-BY-SA unless otherwise noted.