The Secret Shrine is a Nod infantry technology center, appearing in Tiberium Wars and Kane's Wrath.

The Secret Shrine contains the special training rituals necessary to deploy advanced infantry. It can also be used to research advancements that substantially improve the effectiveness of most Nod infantry squads.[1]

Once the Tiberium infusion upgrade has been purchased, the vent in the center of the roof will start emitting a green cloud, presumably Tiberium, in a similar fashion to the Nod Tiberium silos.

When the purifying flame upgrade has been purchased, a flame barrel will appear on the right side of the building.

Secret shrine after the Cybernetic Legs upgrade (Kane's Wrath only) 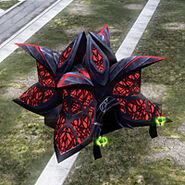 Secret shrine after the Confessor upgrade 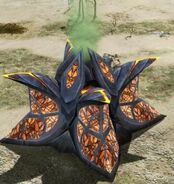 Retrieved from "https://cnc.fandom.com/wiki/Secret_shrine?oldid=223056"
Community content is available under CC-BY-SA unless otherwise noted.