Operation Secure the Region was the second mission in the GDI campaign against the Brotherhood of Nod.

The Nod forces that attacked Phoenix Base have been traced back to a small base in this sector. Orders received from GDI Command state that the Nod base must be destroyed. However, there is a significant civilian population in the immediate area that must be evacuated by ORCA Transport before the fighting gets too heavy. Before the Transports can safely land, all seven SAM sites must be destroyed. Once the civilians have been evacuated, the Nod base can be destroyed.

With the Phoenix base secured, the time had come for the GDI to go on the offensive. The base from which the attacking Nod forces in Arizona had come had been located near it's border with New Mexico.

As GDI forces prepared to attack however it became clear that the base was located near the civilian settlement of San Simon. Fearing that Nod would conscript, hold hostage or in some manner harm these civilians, the GDI decided to send 2 Orca Transports to evacuate the civilians prior to their attack.

The Orca Transports were to arrive prior to the arrival of the main GDI force. However there were SAM Sites that Nod had installed in the area, unknown to the GDI. The result was a disaster, before the transports could even reach the settlement, they were promptly shot down.

As the GDI MCV and it's escorting forces arrived in the area they were given new orders; they were now destroy the 7 SAM Sites in the area in order to render Nod unable to prevent the evacuation of the civilians.

It is not known what had made this particular civilian village's evacuation of such importance in the first place; it may be that some of San Simon's inhabitants were key individuals of great importance to GDI (or simply agents) and that their designation as civilians was meant to mask their actual importance from Nod as the area fell into their hands.

Regardless GDI forces, aided by the new Explosive disks were able to advance and destroy all 7 SAM Sites. Once this was complete, another Orca Transport was sent and it landed successfully in the village. Upon it's arrival, a fairly small group of civilians left one of the buildings and entered the transport which promptly departed from the area.

There was however no general evacuation of the village and no further Orca Transports were ever sent, it is clear that the majority of the villagers remained in their homes. Whether that was due to an unexpected lack of compliance from the population or simply because the specific individuals that departed were in actual fact the reason for the GDI's interest in evacuating the village in the first place is not known.

The GDI then carried out an assault, perhaps using their Engineers to repair one of the bridges across the river in order to get to the Nod forces and base. This assault was successful and the Nod base was entirely destroyed or captured.

The Nod base had now been destroyed and the GDI's position in Arizona had been finally secured. Michael McNeil's GDI forces consolidated their position and prepared for further inroads into the Nod territory in the USA.

As their forward scouts scouted the Nod military zone to the east of them in preparation for the coming invasion, reports came in about a crashed alien ship on the Texas-New Mexico border and Solomon ordered Michael McNeil to secure this ship before Nod could remove anything from the site.

The importance of recovering this crashed Alien ship had now come to overshadow the importance of the invasion of the military zone itself. Michael McNeil was to waste no time in attempting to recover it and keep it's artifacts out of Nod hands. 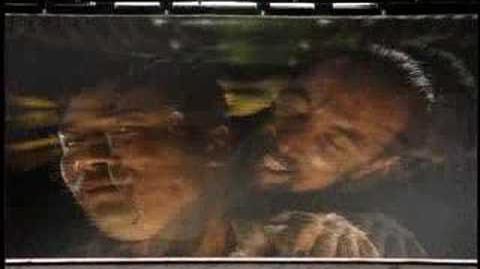 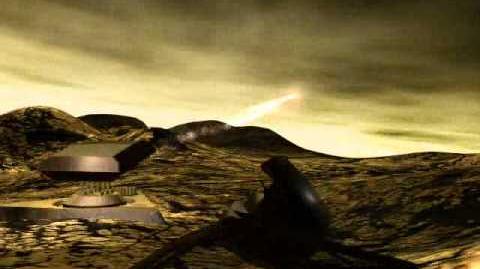