Secure the Tacitus is first GDI mission in the Tiberian Sun: Firestorm campaign. It takes place in Egypt after the Second Tiberium War, during period called Firestorm Crisis.

The Kodiak was lost en route to the Philadelphia. We believe it has crashed somewhere in the area. The Kodiak was carrying the recently recovered Tacitus when it went down. Take a small team and locate the crash site and determine if the Kodiak can be repaired. Recover the Tacitus at all costs. Be advised, there are reports that NOD forces and hostile Tiberian life forms have been sighted in the area. The ion storm is still in full force, so advanced units cannot be used.

﻿The Second Tiberium War was over and GDI captured the Tacitus from Nod's Cairo stronghold. However Nod's chemical strikes on Europe had left a horrifying legacy. With predictions that the atmsophere would become toxic to humans within a year, GDI researchers had placed all remaining hope on the Tacitus to find a cure to halt the Tiberium problem.

The Forgotten leader Tratos made an urgent contact with Dr. Gabriella Bordreau to bring the Tacitus to him so he can translate the device faster and help GDI in finding a solution. From GDI's makeshift base in Cairo, the Tacitus was transported to the Kodiak. Unfortunately an ion storm had disrupted the Kodiak's capabilities and struck the ship. To make things worse, the ion storm had disrupted communications between the GDSS Philadelphia and GDI forces on the ground. Since the Kodiak was the only vessel to link the Philadelphia to Earth, this left the Southern Cross base commanded by General Paul Cortez to assume central command until contact with the Philadelphia had been re-established. General Cortez called upon a young commander from Project Lazarus to head the Firestorm Taskforce to find the Kodiak and recover the Tacitus, whose last signal came from the northern shores of Egypt.

﻿The Tacitus was recovered but the Kodiak was damaged beyond repair and all its crew (sans its commanding officer Michael McNeil) were killed. While the Tacitus was beginning to be studied, another crisis was unfolding.﻿

Despite the serum, Umagon has gone mad.

Meanwhile in Cairo after battle GDI is searching all Nod archives etc.

Kodiak arrives to pick up Tacitus

Unfortunately an ion storm occured and stroke Kodiak with lighting.

Leaving it a wreck.

And connection shuts down.

In Southern Cross command center GDI works in emergency due to lack of contact and ability to take control from Philadelphia.

In nearby city they are ambushed by Nod troops, but mutants come out for help.

GDI find Kodiak's wreck. It won't fly again. They can only recover Tacitus.

GDI goes to the escort zone through small Nod bases.
Add an image to this gallery 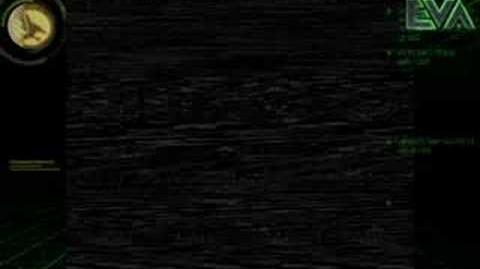 Retrieved from "https://cnc.fandom.com/wiki/Secure_the_Tacitus?oldid=226754"
Community content is available under CC-BY-SA unless otherwise noted.