Stuns infantry for 850ms:
The Shatterer is a rare GDI vehicle unit in Command & Conquer: Rivals.

The Shatterer is a middle-game anti-infantry vehicle. The main strength of the unit is its ability to stun infantry, greatly reducing their Movement Speed and somewhat reducing the Attack Speed. This gives the Shatterer great defenders advantage — lighter infantry will fall even before they manage to get into position and even heavy infantry like Cyborgs will not survive an attack on the Shatterer.

Like all sonic units in the GDI arsenal, the Shatterer is effective against structures. It is not a unit of choice for a direct base attack but will deal more than a fair share of damage to Minigun turret and the Obelisk of Light.

The slow movement speed and relatively light armor makes the Shatterer unsuited for offensive operations against heavy anti-vehicle infantry. This issue can be mitigated by first sending in a bait, like War dogs. They can draw the fire to themselves and will give time for Shatterer to position itself.

Being a specialist unit, it is vulnerable to any anti-vehicle armor and aircraft. If the infantry is the only available counter to the Shatterer, sending in several squads at the same time can overwhelm it. This approach is not effective if the Shatterer is boosted by M.S.V. or Jackson.

Shatterer works well with other specialist units, like Slingshot and M.L.R.S., and is a good choice when setting up a fortress. 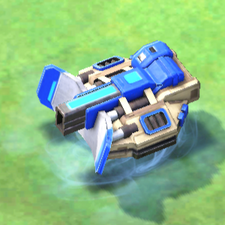 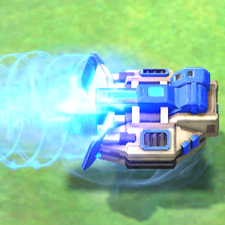 Retrieved from "https://cnc.fandom.com/wiki/Shatterer_(Rivals)?oldid=240964"
Community content is available under CC-BY-SA unless otherwise noted.