US and Chinese victory

Despite the GLA defeat at Akmola, the terrorist group still managed to launch chemical ICBMs at important US strongholds overseas. US intelligence had learned that a GLA general codenamed "Dr. Thrax" was running the chemical programs and was researching the chemicals at a seemingly lightly defended secret lab in Mount Elbrus inside Russia. An American attack force had already been deployed into the area but contact was lost not long after. Not wanting to conduct an expensive full-scale assault on the GLA lab, the Americans decided to launch a covert operation spearheaded by Colonel Burton. Chinese special agent Black Lotus was asked to assist on the ground as well.

After a napalm bombing of the GLA camp at the landing zone, Colonel Burton and his strike team of Pathfinders and Sentry Drones were deployed into the area by Chinook while Black Lotus was dropped alone by a Helix helicopter on the other side of the river. After trading friendly remarks at each other, both headed for the lab.

Before Colonel Burton's strike team could make their way to the lab, they were tasked to find the missing US unit. They were most likely held at POW camps and so proceeded to head north. Taking out a few lone GLA patrols, they found one POW camp guarded by a Tunnel Network. As it was connected to the GLA base on the other side of the river, it was unwise for the team to rescue the POWs without alerting the base. Burton contacted Lotus, who proceeded to capture the base by herself. Using captured GLA armaments, the Tunnel was neutralized, allowing Pathfinders to snipe the guards and Burton to destroy the GLA barracks and Stinger site. The POWs were liberated.

The POWs then informed the colonel commando that some of them were in hiding at the church in a nearby town. Evading the patrols since the POWs were not stealthed, the team approached the town via the landing zone, taking out the Radar Vans to avoid detection and alerting the GLA. Garrisoned buildings were cleared out as urban fighting continued in the village. Soon they reached the church and found the hiding soldiers.

The soldiers informed Burton that another group of POWs along with unmanned vehicles were held in another GLA camp not far from the village. Sending the wounded men into the unmanned vehicles, including the new Microwave Tank, the large group headed for the camp, destroying the Tunnel Network, Arms Dealer and garrisoned bunkers before liberating the POWs. Some of the men commandeered the idle tanks boosting Colonel Burton's force.

Along the way to the lab, the team encountered a large GLA base that was apparently overlooked by US intel. Nevertheless, Burton's team destroyed the base for good measure to ensure the area was not occupied by the terrorists. At that point Black Lotus contacted Burton that she was at the outskirts of the GLA laboratory, waiting for Burton to hurry. Not wasting time, the Americans punched a hole in the GLA defenses at the foot of the mountains, long enough for Burton to plant the explosive where a beacon was positioned.

Burton contacted Lotus telling the package was ready to blow. Lotus in turn infiltrated the lab and acquired a detailed copy of the information of a new weapon the GLA were developing. Once she was out of the way, Burton detonated the C4, causing an avalanche to wipe out the lab.

Discovering what the GLA under Dr Thrax's leadership had been developing, the Americans now committed themselves to hunt down Dr Thrax before the new anthrax strain was used.

Use Burton to eliminate the patrols. Then after approaching the Tunnel Network, let the Sentry Drones be the cannon fodder, while Burton eliminate the network. As you finish it, let Pathfinders eliminate all patrols and the Stinger Site troops while Burton take care of them and the Barracks. Take the POWs to the landing zone and try securing the village by eliminating GLA garrisons using Flashbang. Find the church and garrison the houses near the village.

Get the 3 vehicles on the base's side. Use the Microwave to short-circuit the Tunnel Network, while the Paladin can eliminate the tunnel and the Arms Dealer. Use the Humvee to do a drive-by kill on vehicles and infantry that is in the second POW camp.

While you are on it, use Burton to eliminate the Oil Derricks by planting bombs on them.

More POWs and abandoned vehicles are yours to command. Then destroy the base below the POW camp by the use of Paladins and Microwave Tanks. Eliminate the defenses in the mountain by using the same pattern. Then Burton must ascend the mountains. 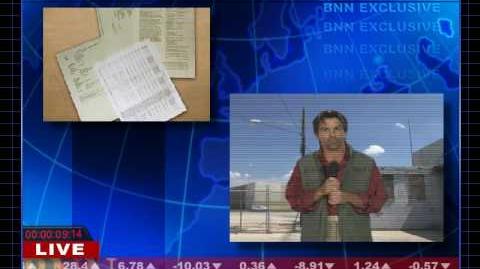