But like the previous generations before them, the spy will not be able to fool War Bears, Burst Drones and Dogs when in sight range. They can also swim. A note to Commanders facing (rogue) spies, if you see your Conscripts, Imperial Warriors, Peacekeepers, or any other non-amphibious infantry swimming, do not assume that your heavily armored Peacekeepers or (admittedly properly clad for swimming) Archer Maidens are cleaning themselves the old fashioned way. Assume they are spies and send Attack Dogs, War Bears, or Burst Drones alongside combat capable units (such as a Yari) to confirm and kill the spies before they get too close to your base.

Notes from the Field Edit

Upon exiting the Boot CampEdit 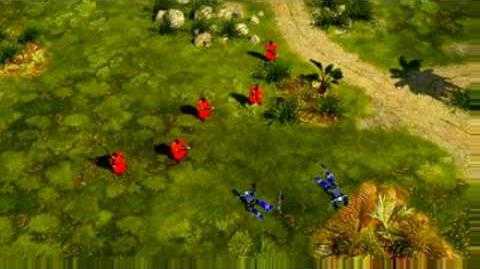 Retrieved from "https://cnc.fandom.com/wiki/Spy_(Red_Alert_3)?oldid=237672"
Community content is available under CC-BY-SA unless otherwise noted.