The third-generation Stealth tank is a stealthed hit-and-run vehicle deployed by Nod during the events of Tiberium Wars and Kane's Wrath.

In 2034, the stealth tank was extensively redesigned and upgraded. They were first used during the attack on Brother Marcion's headquarters and proved to be a powerful weapon, forming the backbone of Nod's hit-and-run operation.

Third generation stealth tanks provide valuable mobile anti-air support along with anti-tank firepower. Their stealth and speed make them excellent scouts, especially since Nod does not have a Radar Scan support power unlike GDI.

The redesign resulted in the removal of the fourth tread and streamlining of the vehicle, as well as overhauling the missile launchers. The new tank moves on three articulated treads, has an aerodynamic profile and a much improved stealth generator. The rocket pods are now placed over the pilot's cockpit and are capable of firing volleys of guided rockets, numbering up to 10 rockets per volley. These rockets can be upgraded to Tiberium core missiles.

The new generator is much more advanced and is capable of reactivating the stealth bubble almost instantly after the tank has fired its volley, making the tank even more deadly and hard to locate than ever before. At close ranges, any unit with adequate sensors can locate a stealth tank; though these units, such as the CC-6 Pitbull, are usually fragile, they can prove deadly to the stealth tanks if escorted by units with heavy firepower. 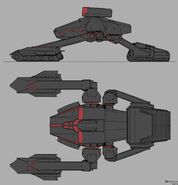 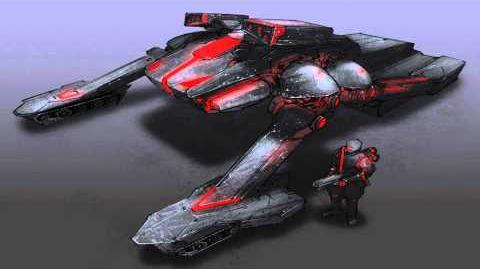 Retrieved from "https://cnc.fandom.com/wiki/Stealth_tank_(Tiberium_Wars)?oldid=243693"
Community content is available under CC-BY-SA unless otherwise noted.