Stowaway is the fifth mission in Renegade. Nick Parker is told by Adam Locke to rescue three prisoners from a Nod freighter that takes them and kill Stuving.

Following the plot, Parker is now briefed by Adam Locke to rescue three prisoners inside a Nod freighter that is heading for Sarajevo to meet Kane. Stuving, the captain, must be killed. If Parker or one prisoner is killed, the mission fails.

Parker encountered a larger Nod presence than at any previous mission, fighting more Nod officers as well as Black Hand elites and an Apache that was guarding the freighter. During his infiltration, he managed to stay concealed for quite some time and found a way to rig up some missiles and torpedoes to destroy the ship once they escaped. Parker also came face-to-face with an escaped initiate in one hallway, hinting at Project ReGenesis.

The freighter was destroyed after all three prisoners are rescued. Stuving was killed by Parker attempting to kill him following Nod forces being breached without noticing a rescue attempt. All the three prisoners have returned home to their families and Parker is sent on his next mission immediately. 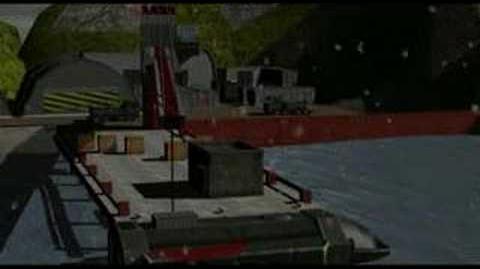 Command and Conquer Renegade Mission four
Briefing
Add an image to this gallery
Retrieved from "https://cnc.fandom.com/wiki/Stowaway?oldid=218029"
Community content is available under CC-BY-SA unless otherwise noted.