Medium, reinforced with sandbags (with Hold the Line)

The strategy center was an important battlefield structure for the USA.

The strategy center was essential for the requisition and control of the most powerful and sophisticated weapons in the United States arsenal such as the Aurora bomber and the particle cannon. In addition, it granted a general access to several advanced upgrades that further augmented his forces' capabilities. The strategy center was also directly linked to the USA's network of spy satellites and allowed its personnel to periodically reveal all enemy positions.

Furthermore, the strategy center enabled a general to employ a single 'strategy' or 'battle plan' that improved certain characteristics of all ground units under the general's command. These were as follows:

Strategy centers may be deployed near the front line and act as a powerful base defense due to its access to the 'Bombardment' strategy, which gave it a long-range cannon to deal with enemy ground units. This role is somewhat akin to that of the GLA's palace. 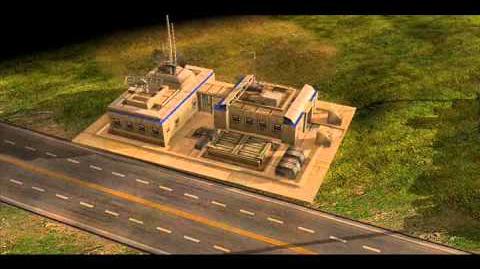