The Invasion of Munich

Stranded in Stuttgart is one of the two missions following Munich in GDI's counterattack against the Aliens.

Following the successful evacuation of Munich, GDI needed to build up momentum against the invaders. GDI turned their attention to Stuttgart; there had been many distorted transmissions from within the city indicating that there were survivors. General Jack Granger sent the commander in to make contact with Lt. Fullerton, a surviving commando, and to round up any survivors to retake the city.

You start with a commando in the middle of the city. He'll introduce himself as Lt. Fullerton. He's already Heroic level and will have no problem with the enemies you face in the beginning (Disintegrators, Annihilator Tripods). You start off with no radar and with multiple objectives on the map.

Lt. Fullerton will be fine if you leave him in his current location for now; take some time to look around the map and identify the locations of your objectives. Your first priority should be the engineers; with these, you can take the base on the east side of the map (capturing the power plant), granting you radar and the ability to train more units from the local War Factory and Barracks.

Avoid going into the north-west part of the map in the beginning of the game! It harbors a large base that's fueling Scrin operations in the region. Eventually, you're going to need to destroy this encampment, but for now, leave it be.

Until you get the base up and running, use only the commando to lead the way and destroy enemy forces; this will prevent the loss of any military force or engineers (!). With the base captured, work your way along the bottom part of the map, taking the command post and armory. Keep in mind that the Command Post is protected by Guardian Cannons, but the Armory is not; you might want to detail some infantry squads or Predators/APCs to protect it. You can't build another one.

One last thing to remember is: keep your commando along at all costs. Not only does Lt. Fullerton have a name, he comes standard with Heroic level. You won't lose the mission if he dies, but it's a pain in the rear to level a commando to Heroic level on Gun Walkers and Seekers.

By the way, the zone troopers in the west side of the map are guarded by Stormriders; they won't join you until they're gone. Remember to get all the bonus objectives (including destroying an Annihilator Tripod with a Commando) and when you are ready to fall on the Scrin base (usually with a massive force of Predator Tanks, APCs loaded with Grenadiers and Missile Squads, and Pitbulls) bring a few engineers. You'll want to take both Sonic Emitter arrays simultaneously. Capture the Drone Platform at the end and you've won!

Having liberated Stuttgart GDI next turned their attention on Cologne as the next step of GDI's counterattack. 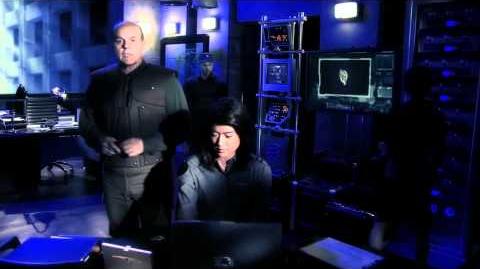 C&C3 Tiberium Wars - GDI 12. Fighting Back
Briefing
Add an image to this gallery
Retrieved from "https://cnc.fandom.com/wiki/Stuttgart_(mission)?oldid=220197"
Community content is available under CC-BY-SA unless otherwise noted.