The submarine pen was Yuri's ship construction and maintenance facility during the second iteration of the Third World War. Despite the name shown in the cameo, it was also capable of creating conventional ships (if appropriate technology was stolen) and amphibious transports. Due to consistency issues during development, this building's tooltip refers to it as Yuri naval yard.

The submarine pen can produce: 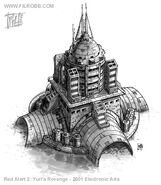 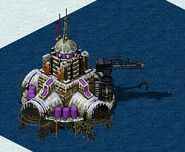 in snow theater
Add an image to this gallery
Retrieved from "https://cnc.fandom.com/wiki/Submarine_pen_(Yuri%27s_Revenge)?oldid=226730"
Community content is available under CC-BY-SA unless otherwise noted.