The concept of a "Weapon of Mass Destruction" has been around for quite some time; however, only in the twentieth century did military technology progress to the point that weapons capable of instantly killing large groups of enemy personnel with little risk to the wielder were developed.

Typically, factions had two superweapons. The first was an purely offensive weapon intended simply to cause huge damage and were usually targetted at enemy bases to maximise effectiveness. The other tended to be a support weapon: relatively ineffective at directly causing damage and required more tactical use but highly potent when used correctly.

During the First World War, the development of poison gases allowed for mass destruction limited to human life. But the next war would develop more fantastic and devastating superweapons. 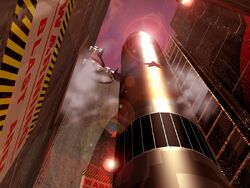 A Soviet ICBM prepares for launch.

The Soviet Union developed the first superweapons during the conflict, Atomic bombs. Vladimir Kosygin, the man in charge of the weapons project, defected and revealed the location of the Dark Horseman base, where the missiles were located. In a raid by Allied forces, the Soviets launched, however Tanya Adams infiltrated the base and deactivated the warheads. 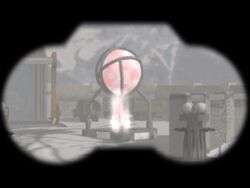 The Soviets also built the Iron Curtain, a device which would make a single unit on the battlefield invincible to harm. It was based on designs "borrowed" from Nikola Tesla. 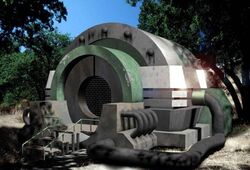 The Allies began secretly developing the Chronosphere, a device designed by Einstein which would warp a single unit anywhere on the battlefield. Unfortunately, there were problems with the device; a unit would warp back to its original location after a while; also, there was a small, but definite, possibility of damaging the fabric of spacetime, causing a Chrono Vortex. This led to research being shelved prior to the First Tiberium War. In the alternate Red Alert Universe, this problem was solved and Chronospheres became an indispensable part of the Allied armament since. 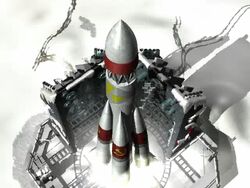 The Soviet Union discreetly improved on its nuclear missile designs, making the blast yield far more powerful. This allowed them to cause massive-scale destruction. Although commanders were only issued low-yield tactical nuclear warheads, some higher-ranking generals (like General Vladmir) had access to much powerful ones. 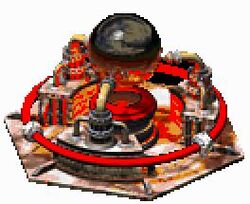 The Soviets also improved the Iron Curtain, allowing it to render multiple vehicles and structure invincible for a short time or instantly kill scores of enemy infantry. 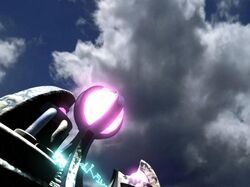 The Allies had, in the years after the war, begun development on nuclear weapons of their own. However, Yuri disabled the weapons in their silos when the war began. The Allies were left without an effective strategic weapon until Operation Chrono Storm, when Einstein granted them the plans of his Weather Control Device, which was utilized extensively against the Soviet defense installations. 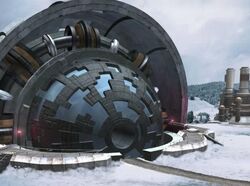 The Chronosphere had been significantly improved, allowing for longer-distance travel, eliminating the Chrono Vortex, and transporting multiple vehicles. Although low-powered Chronospheres only teleported a small group of vehicles, the full-powered one at the Florida Keys was capable of sending entire battalions across the globe in an instant. 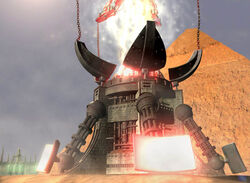 Yuri had developed unique WMDs of his own, and used them when his world domination bid unfolded. The Psychic Dominator is a direct improvement of his previous Amplifier design. Although they were destroyed before becoming fully operational, three full-powered Dominators operating in tandem could discharge a massive wave of psychic energy potentially capable of permanently twisting the minds of everyone on the planet into unquestionable loyalty to Yuri. Five were known to exist: the one in San Francisco was disabled then subsequently destroyed by the time travelling forces. Afterwards, the two forces went on their separate ways: the Soviet task force destroyed two in London and Transylvania, while the Allied force handled the one in Antartica. The one in Egypt was subsequently hijacked by the Allies when Einstein was forced by Yuri into helping him complete it; Einstein also sabotaged it, causing it to overload and explode. 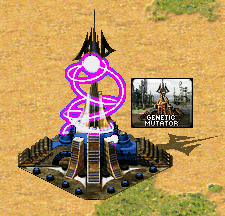 The Genetic Mutator was an even more terrifying weapon. If a tactical weapon that can turn entire companies of men into mutated freaks under Yuri's control which unfortunatly doesn't prove he has gone nuts, nothing will. Fortunately, it was only deployed at the very end of the Disaster, after Yuri failed to blackmail Massivesoft Chairman Bing into completing the genetic software necessary for its operation.

The Soviets must deploy a Battle Lab to use nukes while the Allies must build the Defense HQ to launch a Weather Storm.

The Empire has access to two superweapons, the Nanoswarm Hive and the Psionic Decimator. 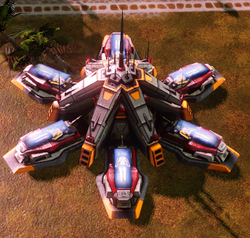 The Empire of the Rising Sun's Psionic Decimator.

The Psionic Decimator creates an psi-energy bubble that bludgeons anything in its radius, similar to a hybrid of Yuri's Psi-Wave attack and the Allied Weather Control Device. 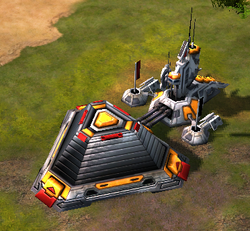 The Nanoswarm Hive forms an impenetrable shield around an area, baring access in or out. 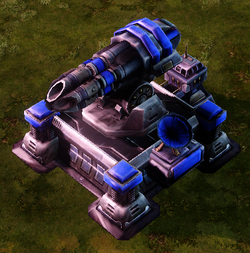 Due to the removal of Einstein the Weather Control Device was lost. Instead, the Allies developed the Proton Collider as its replacement. 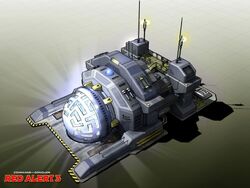 The Allies still use the Chronosphere despite Albert Einstein being removed from the timeline. Although it's inferior to its previous incarnation being unable to send as many. Still, it does not suffer from Chrono Vortexes suggesting that this was solved prior to Einstein's assassination. 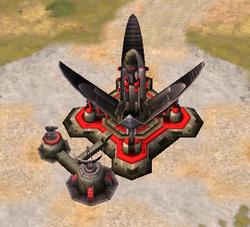 Due to the damage to the timeline caused by Premier Cherdenko removing Albert Einstein from the timeline, the USSR lost their nuclear arsenal. Instead, the Soviet Union has developed the deadly Vacuum Imploder. The Vacuum Imploder, when launched, sucks all vehicles, infantry, aircraft, and ships into a powerful vacuum that can also literally rip buildings apart. 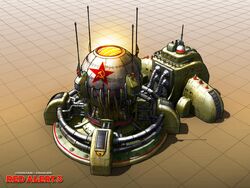 The Soviet Iron Curtain can make all units and structures in an area invulnerable for a short period of time.