The Surveyor is a rapid deployment vehicle used by GDI to during the Third Tiberium War.

Essentially, it is a large deployable truck, which establishes a small outpost once the order was given. The outposts grant limited ground control, enough to erect structures with the aid of the Construction Yard or a Crane.

Superficially, the multi wheeled and truck-like appearance is similar to the original MCV used by GDI during the First Tiberium War, albeit smaller.

Surveyors lack weapons, speed and armor. Therefor, it's easy prey for any enemies lurking nearby and can't be relocated once it's deployed. However, following deployment it gains the ability to detect stealthed units, provides a small area of construction space and can be repaired like any other building.

Because the MCV can move by itself and buildings provide expanded building radius by themselves, using clever tactics it is not always necessary to build a Surveyor to expand to a new Tiberium field or other strategic location. However, the Surveyor is a less risky alternative as it is far cheaper to replace if lost. 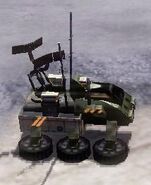 A Surveyor deployed into an Outpost

Side view
Add an image to this gallery 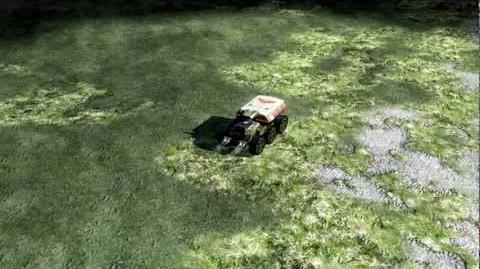