In multiplayer, the TCN node acts as a map objective. It grants a steady stream of Victory Points to the controlling player/team, and control of these nodes are essential to victory.[1] In the campaign, TCN nodes can emit an EMP blast once activated. 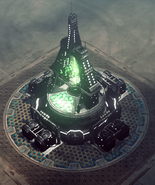 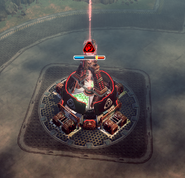 A Nod-controlled TCN Node
Add an image to this gallery

Retrieved from "https://cnc.fandom.com/wiki/TCN_Node?oldid=216928"
Community content is available under CC-BY-SA unless otherwise noted.