General Ta Hun Kwai was a Chinese General (Class AAA), serving in the People's Liberation Army during War against the GLA.

The 51 year old[1] General Ta Hun Kwai is convinced that the People's Liberation Army will see its greatest military successes in this century through the view holes of its tank divisions. A disciple of Soviet tank tactics of the Cold War, General Kwai has produced technical papers on various modifications to them. He has initiated development of techniques to reduce the costs of tank production and has sponsored the Emperor program, whose first tanks rolled off the assembly line in 2013. Considered part of the old guard in the PLA hierarchy, General Ta nevertheless continues to roll up victory after victory in battle.[2]

Kwai is usually very arrogant, having complete faith in his superior tanks even in the most dire of situations. Generals opposing Kwai exploited his faith in superior armor by playing defensively, turning the usually one-sided affair into a Kursk re-enactment. After his economy failed from over-production on tanks, many generals found simply sending escorted artillery teams at the flanks of his base was all that was need to topple his poorly defended stronghold, more developed for production than actual defense.

GLA Generals could use their classic strategy-hijackings-to easily turn Kwai's war machines against him.

Kwai has the most glaring weakness of any general to date, his inability to make ANY siege units left him utterly helpless against any general that was willing to bunker down and build up their defenses. While most generals could do this and stop Kwai in his tracks, Alexander and Townes were the bane of Kwai's tank forces. Alexander's EMP Patriots could stop Kwai's tanks, and while Kwai could counter Alexander with ECM tanks, the same could not be said about Townes whose Laser turrets ignored such countermeasures. To a lesser extent, although almost as effective as the two mentioned generals, Shin Fai could build a large amount of reinforced bunkers and fill them all up with Tank Hunters. The only hope Kwai had was to either settle in for a battle of attrition by spamming tanks until a breach has been made, use a Nuclear Missile, or use the Chinese EMP ability and hope the enemy has no units that can hold the line until the base defenses are rebuilt.

Ta Hun Kwai is a strong supporter of the supreme Chinese commander General "Tigress" Leang. If the player defeats him, he says:"You may have defeated my tanks, General. But the Tigress will crush you like an insect". 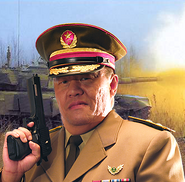 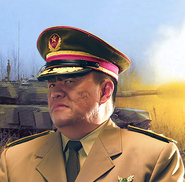 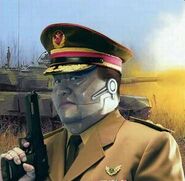 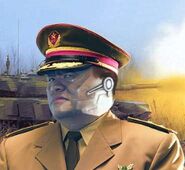 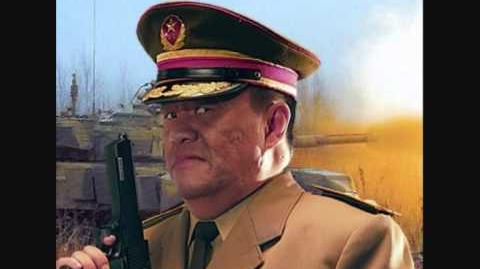 Retrieved from "https://cnc.fandom.com/wiki/Ta_Hun_Kwai?oldid=242408"
Community content is available under CC-BY-SA unless otherwise noted.