Tacitus Regained is the final mission of Kane's Wrath.

LEGION successfully raised the Marked of Kane from their slumber, bolstering Nod's depleted forces. However, signal from the Tacitus suddenly began fluctuating, signalling that the alien data matrix has become dangerously unstable from GDI's experiments. Fearing that the Tacitus may self-destruct soon, Kane ordered LEGION to mount an attack on GDI's Tacitus containment facility and retrieve it immediately.

The Marked of Kane, under LEGION's command, arrived at the outskirt of GDI's Rocky Mountains Complex and quickly established a base.

The Tacitus Containment Facility is located within the heart of the complex, and is protected by two layers of impenetrable energy barriers. The complex itself is also extremely heavily guarded, patrolled by both ZOCOM and Steel Talons forces and dotted with AA batteries, Watchtowers, and Sonic emitters.

However, the complex also has several weaknesses: much of its defense emplacements are powered by poorly defended external power plants, and most of GDI's forces are massed within bunkers under the mountain. Taking advantage of these weaknesses, LEGION destroyed the power plants, cutting off power to most of the complex's defenses, and collapsed the bunker exits, trapping GDI's forces inside the bunkers.

After capturing two GDI communications center, Nod hackers began disabling the energy barriers protecting the Tacitus while LEGION's forces protected them from GDI counterattacks. After the outer barrier went down, the Black Hand 2nd Armored Regiment arrived to assist LEGION, bringing their own MCV with them, and after the inner barrier went down, mainline Nod forces arrived as well.

Unfortunately, by the time the energy barriers were disabled, the Tacitus was already on the brink of destruction. LEGION's forces raced against time to break through GDI's defenses around the Tacitus facility. Eventually, a Saboteur successfully captured the Tacitus before its self-destruction. At long last, Kane's prophecy was fulfilled.

Kane, with the unstable Tacitus in hand, thanks LEGION, and connects the alien device to LEGION before it could self-destruct. When accessing the Tacitus, LEGION receives a message from an unknown source, written in the language of the Scrin.

You'll start with a small Marked of Kane base with a small army. Start expanding your base and prepare some defences, as GDI will assault you at times from both land and air. When you are ready move towards the communications centers, capture them and defend them if you can. Losing two them won't end the mission, but shutting down the energy barrier will take longer. Also, there are power plants located on the cliffs that are best to destroy with Vertigo Bombers . Their destruction will nullify GDI defenses.

Once the first barrier is down, another timer will start, showing how much time there will be until GDI destroys the Tacitus. You'll need to capture the facility before this timer runs out. As the first barrier goes down, you'll receive reinforcements with a Black Hand MCV. Unpack it in order to gain the ability to train Black Hand units. Note that Black Hand tech tree is separate from the Marked of Kane, meaning that you'll need build their base from scratch to gain access to all their units. This will also allow you construct a second Redeemer Engineering Facility and a second Redeemer .

Once the second barrier is down, you'll receive another reinforcement MCV, this time from original Nod . Now that you have access to all three Nod factions, you can build all their units and a third Redeemer, if you wish. At this point GDI will send everything they have at you, including zone troopers, zone raiders, mammoths and a MARV. Gather all your forces and build more and blast your way through GDI base and capture the objective structure before timer runs out to finish the misson. 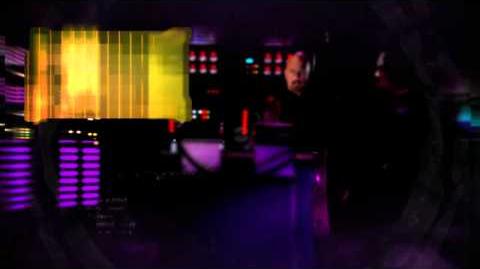 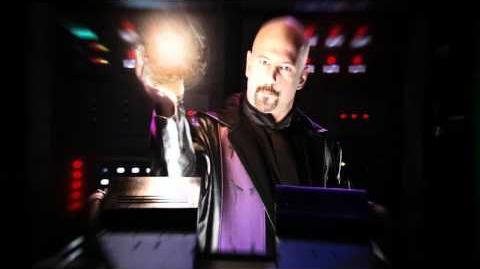 C&C3 Kane's Wrath - 16. Ascendance
Ending
Add an image to this gallery
Retrieved from "https://cnc.fandom.com/wiki/Tacitus_Regained?oldid=231229"
Community content is available under CC-BY-SA unless otherwise noted.