Taking Back Ice-Harbor was the third mission in the Soviet campaign of Command & Conquer: Red Alert 3.

The Imperial offensive towards Moscow had been stopped thanks to the efforts of the unnamed Soviet Commander, and the Soviet people had taken hope once more, steeling themselves for the fight ahead. Unfortunately, the war was far from over. Imperial forces still controlled much of the Soviet heartland, and the Red Army was largely bogged down trying to defend what remained. Moreover, much of the Red Navy had been destroyed or captured since the invasion began, and both Cherdenko and Krukov knew that if the war was to be won, then the Russians would need their mighty fleets ready to fight the invaders.

As such, the Commander and his faithful ally Zhana Agonskaya were sent to the frozen harbor of Vladivostok, home of the Soviet Pacific Fleet. The Empire had captured this vital staging ground during the initial days of the invasion, and hundreds of Soviet vessels lay damaged or abandoned within its confines, even as the ambitious Crown Prince Tatsu monitored the course of the war from his palace built at the heart of the city. The port was being used by the Empire as a supply depot, with hundreds of ships and aircraft delivering additional supplies and reinforcements weekly to fuel the march of the Emperor's armies. If the port could be retaken and the Imperial forces eliminated, then the Soviets would be able to bring their naval forces back online, as well as cut off this vital supply line of the Empire.

The Soviet forces set the retake the harbor were comprised of two full regiments worth of infantry and armoured vehicles, though they were mostly poorer-quality troops gathered in a hasty fashion to seize the port. Several scores of naval vessels had been deployed to assist, though these were mainly Stingray and Bullfrog craft rather than larger vessels. Several Dreadnoughts would eventually be liberated from the port to aid the Russian attackers, but for the most part, the smaller amphibious craft comprised the bulk of the Soviet naval forces.

The Imperials, meanwhile, had left a sizable garrison force to hold Vladivostok, consisting of several regiments worth of infantry and armour. These troops were largely inferior to those fighting throughout the Soviet Union, though they were hardly raw recruits, and had the backing of reinforcements sent from the Japanese islands the previous morning. Amongst these troops included a honor guard of King Oni mechs sent to protect the palace of Crown Prince Tatsu, as well as several squadrons of Mecha Tengus. On the seas, the Imperial naval had designated a small flotilla to secure the waterways, including a dozen of the mighty Naginata Cruisers. Overall, the Imperial forces were more numerous, with more advanced vehicles and equipment to call upon, but were hampered by the swiftness of the Soviet attack, and the considerable area they were forced to patrol and defend.

Before the sun had emerged over the horizon, the Soviets began their assault, hitting a small island to the west of the port. The island was home to several companies worth of Imperial troops and acted as something akin to a watchpost for the Japanese defenders, requiring that the Soviets eliminate this position before they advanced upon the port itself. As the Imperial troops began boiling water for their morning meal, the Soviets struck them hard, using the Man-Cannons of the Bullfrogs to send a division of troops straight into their positions. Fierce fighting broke out, and while the arrival of a squadron of Jet Tengus nearly spelt failure for the attackers, the arrival of their Stingray attack boats helped them turn the tide and finish off the Japanese defenders.

Taking back the port

With the outer island secure and a fortified beachhead now established, the Commander and his companion Zhana began to retake the port. While the Commander struck the southern tip of Vladivostok and began clearing out the enemy from the vital port facilities, Zhana assembled her naval forces and struck north, hitting the Imperial flotilla guarding the port. Numerous Soviet vessels were lost against the superior Naginata Cruisers, but eventually the numbers, surprise and determination of the attackers began to win out, and the Imperial ships were steadily driven north, away from Vladivostok. Meanwhile, the Commander's forces liberated the key port facilities and annihilated all Japanese resistance in the city itself, enabling Soviet volunteers to take control of several Dreadnoughts and begin bombarding the main Imperial base. Under the cover of their rocket fire, Soviet infantry stormed the port, retaking it after several hours of fighting.

As the remaining Imperial defenders fled up the hill towards the palace Tatsu had constructed, the arrogant Prince let his King Oni mechs off the chain, their counterattack nearly driving the Soviets back towards the ruins of the Imperial base. Fortunately, the Commander had his Dreadnoughts eliminate this threat from a distance, allowing the Soviets to advance upon and destroy the palace, forcing Tatsu and his remaining forces to withdraw.

With this strategic victory, the Motherland had gained a significant boost to their morale and their capacity for resistance. The mighty Soviet Pacific Fleet had been liberated, and before the day was out, thousands of eager sailors and officers began repairing the hundreds of vessels abandoned in the harbor and preparing them for war. With the fleet restored to fighting readiness, the Soviet Union could now more adequately protect its coastline from the invaders, and beat back any additional forces they might send to support existing divisions already fighting in Russia. Moreover, the loss of Vladivostok meant that the Imperial supply line from Japan to its forces in Russia was now severed, and their forces deployed in the Soviet Union would be significantly weakened as a result. As such, the Soviets could now begin throwing out the Imperial aggressors and free their soil of the enemy presence. Before they could do that, unfortunately, they faced a growing threat to the west... 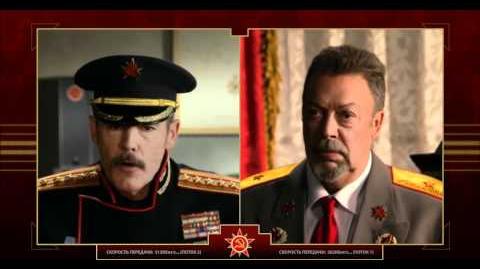