Crown Prince of the Empire, Second-in-Command of the Imperial forces

Crown Prince Tatsu is the only son of Emperor Yoshiro and thus his second-in-command.

The Western-educated Tatsu is the one responsible for the modernization reforms of the Imperial army, and the development of much of their new technologies, including nanotechnology and the Rocket Angels, as well as the Shogun Executioner.

A hotheaded and ruthless figure, Tatsu often clashes with his more stoic and conservative father, believing that victory against the Empire's enemies will not come from intimidating them into submission, but on the battlefield. Tatsu also places greater faith in the Empire's technology than his father and believes that destiny is not a blueprint to follow, but rather something that can be made through bold actions and force of will. Still, despite their disputes, Tatsu remains very loyal and dedicated to his father and defers to his judgment in times of crisis.

Prince Tatsu masterminded the Imperial operations against the Soviet Union, including the construction and deployment of the Shogun Executioner in Odessa.

In the Allied Campaign, Tatsu's personal fleet was deployed against the Allies in Tokyo Harbour. However, they were dispatched by the Allied forces. Presumably, the Prince was captured along with the rest of the Imperial leadership as Tokyo fell to the Allied invasion force.

In the Soviet Campaign, following the Invasion of the Soviet Union Prince Tatsu constructed an elaborate palace for himself in Vladivostok, but this was leveled in the Soviet counter-attack despite the deployment of Shogun Battleships and King Onis. Later, Prince Tatsu was unable to save Emperor Yoshiro when a Soviet army killed him on Mt Fuji, calling the Soviets filthy savages with no honor. What happened to him afterward is unknown.

In the Imperial Campaign, Tatsu is first introduced by his father Emperor Yoshiro. Tatsu is initially respectful towards the Shogun and welcomes him to the New Order of Shogunuku. Together they strategically plan and plot the destruction of the Soviet Union. Although the Crown Prince questions the motivation of his father to go through with their campaign, he remains loyal.

After launching the Shogun Executioner (his own creation) to raze Odessa, the Soviets are on the verge of defeat and the Empire's invasion appears successful. His spies later uncovered an Allied plan for a surprise attack at the Imperial naval base at Pearl Harbor, giving time for the Empire to build defenses and dispatch reinforcements.

His spy at the heart of the Allies Command turned out to be an android as President Howard Ackerman. After hearing from Dr. Zelinsky that the Soviet leaders altered the space-time continuum, Tatsu and his father are both shocked resulting in Yoshiro disconnecting the US President. As Japan is being invaded by a joint-Allied-Soviet task force, the shaken Emperor Yoshiro granted Tatsu full command of the Imperial forces. Afterward, under his command, the Shogun and Kenji (and the Shogun Executioner) destroyed Moscow killing Premier Cherdenko and General Krukov. The Allied stronghold at Amsterdam fell apart killing Bingham, Warren, and Giles, bringing victory to the Empire. Despite their differences, Tatsu and his father reconcile and are able to share a moment of harmony.

After the end of the war, Tatsu, in a surprising move, surrendered to the Allies and began cooperating with the Allied occupational forces to maintain post-war order in the wartorn Japan. However, a number of Shoguns, who are still loyal to the vision of his deceased father, Emperor Yoshiro, refused to recognize his authority. Tatsu provided assistance for the Allies in quelling these insurrections, providing intelligence and additional troops. However, secretly, Tatsu harbored his own agendas.

After the three rebelling Shoguns: Shinzo, Kenji, and Takara, were defeated, Tatsu crowned himself as the new Emperor, and used forces captured from the Shoguns to launch a massive assault on Allied forces in Japan. However, he was ultimately defeated by the Allied Commander, and Japan remained firmly under the control of the Allies.

In the Imperial perspective, Tatsu working within the limitations of Allied occupation defended Japan from a series of Soviet incursions. The Soviets attempted to occupy former Empire territory in the Sakhalin islands, sparking a response from Tatsu. He sends one of the few remaining Imperial Commanders to aid in the defense of the island and to relieve the island's besieged garrison under the command of Kenji Tenzai. Tatsu later sent the commander to defend Oki Island against another Soviet incursion which threatened the tomb of the late Emperor Yoshiro - if allowed to be destroyed, it would be one of the most disgraceful desecrations in Japan's history. Finally, in a show of independence from the Allies, Tatsu's forces attacked Vladivostok and defeated both the Soviet and Allied forces sent to stop them, signaling the rebirth of the Empire of the Rising Sun.

Nobody would have thought that Tatsu would be, in Yuriko's eyes, a grateful and much-honored person who had helped her become the scion of the Omega Project, as noted by Yuriko's disgust of Allied propagandists discrediting the forward-thinker then-Crown Prince in her escape from Camp Dakota, Guam.

In Japanese, Tatsu means "dragon" and in both Chinese and Japanese folklore and mythologies, the dragon is the very embodiment of emperor and emperor's reign. 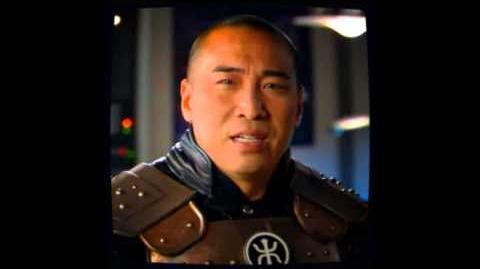 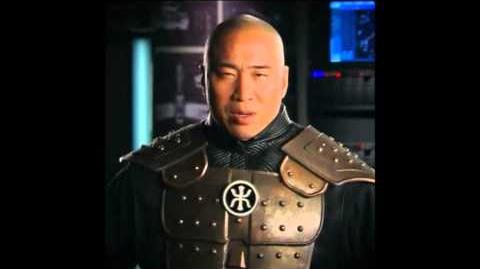 Retrieved from "https://cnc.fandom.com/wiki/Tatsu?oldid=227949"
Community content is available under CC-BY-SA unless otherwise noted.