Tech Secret Labs were Tech structures that existed during the Psychic Dominator Disaster.

Secret laboratories allowed the production of special units usually affiliated with specific countries. However, they can sometimes give the production capability for a unit that can already be created.

Affiliation with a side does not matter as an Allied commander could obtain the ability to train Soviet units such as Desolators or Terrorists, or other Allied units like the Tank Destroyer or the Sniper. These buildings were the rarest tech buildings in the war.

Notes about the Secret Lab

There is a tidbit about the Secret Lab to keep in mind when using this on maps or capturing them. The game does not choose the unit the player will receive when the Lab is captured. Instead, the game decides which unit to grant at game start, and it does not change for the duration. Capturing multiple Labs does not yield additional units, and this is why it can be captured and the player will not receive an additional unit.

In Head Games, the final Soviet mission in Yuri's Revenge, a Tech Secret Lab is specifically scripted to access the Grand Cannon from Allied France. 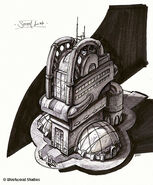 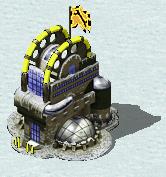 in snow theater
Add an image to this gallery
Retrieved from "https://cnc.fandom.com/wiki/Tech_Secret_Lab?oldid=226821"
Community content is available under CC-BY-SA unless otherwise noted.