When used, it drops a heroic Engineer at the target location. The Engineer does not take up Command Points, but cannot be used to capture structures and TCN Nodes. The Engineer is automatically decommissioned after a period of time.

When used correctly, this power can repair much more efficiently than Repair zone. Care should be taken to protect the Enigneer, as his death would only mean wasted support points.

It can also be used to quickly capture husks or collect Tiberium crystals if an Engineer is not available or the Command Point limit has been reached. 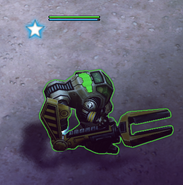 Cursor symbol
Add an image to this gallery
Retrieved from "https://cnc.fandom.com/wiki/Tech_support?oldid=214386"
Community content is available under CC-BY-SA unless otherwise noted.