Temple Prime was the name of Nod's command center in Sarajevo, Bosnia and Herzegovina. By 2047, it was built on the ruins of the first Temple of Nod destroyed in 1999.

Temple Prime is actually a massive structure spreading both over and underground, located in what seems to be a giant crater where a massive Tiberian monolith stands. The origin of the crater was never explained, as the First Tiberium War Temple survived the Ion Cannon blast and was being excavated by GDI in 2030.

It was a fortress, with monumental towers overlooking the battlefield located on thick, titanium walls with ground carved in stone on which Nod facilities were located. Three Ion Disruption installations were located at key points around the temple to prevent the Ion Cannon from striking against Kane. The central structure of Temple Prime, his command center, was located in the center of the base, surrounded by the most important Nod buildings - the Construction yard, liquid Tiberium research labs, a missile complex and gateways into the subterranean part of the facility.

The inner ring housed Air Towers, most of the Temple's power plants and the primary Tiberium chemical plant. Finally, in the outer ring, war factories, Hands of Nod as well as Tiberium refineries were located.

Rings were separated by massive walls with towering spires jutting out at corners, affixed with SAM sites for air defense. 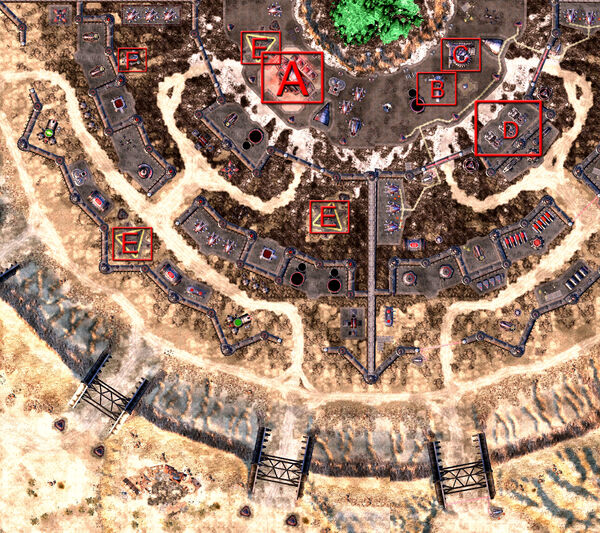 Transmissions from within Temple Prime have shown that it contains the traditional red stained glass windows and metalwork depicting Tiberium in plant-like ways. It also contained bizarre mechanisms which look like red Tiberium crystals with screens covered in scrolling jargon, but have no discernible purpose. His headquarters, housing the mainframes and the command center was a large circular chapel with towering red stained glass windows and two adjacent crescent-shaped towers enclosing the chapel between them. Underground, a large cavern filled with liquid Tiberium was located along with Kane's device. It also contains a secret bunker and escape tunnel that can stand against massive shock such as earthquake or massive nuclear explosive.

The Temple Prime was well defended, protected by legions of Kane's most faithful, fearless soldiers(Including Black Hand soldiers, Avatars, Vertigo bombers and venoms), as well as thick defenses, composed of a large amount of SAM sites, Obelisks of Light, massive amounts of military ordnance and the aforementioned ion disruption installations. The upper ground structure can withstand massive ordnance, but have some "opening" right in its top (only protected by massive lattice crystal).

The first GDI attempt to besiege Temple Prime, before the Liquid Tiberium Bomb could be fully assembled, failed. A Nod Commander managed to successfully guide the needed components around the GDI base and then fortify the temple. After a skirmish, Nod reinforcements arrived and finished off the GDI presence. However, these forces soon turned out to be a renegade faction led by LEGION under the guise of general Kilian Qatar, ordering the surrender of Temple Prime. The Nod commander managed to destroy LEGION's forces before being sent to Australia.

Following a second, successful GDI siege by their own brilliant commander, one that culminated in the destruction of the Ion Disruptors, Temple Prime was obliterated by an Ion Cannon strike ordered by Redmond Boyle, which set off a chain reaction that destroyed much of the region, turning the entire Y-1 Yellow Zone into a Red Zone and brought the Scrin to Earth.

Only the ion cannon can destroy it and not a captured temple of nods nuclear missiles or any of GDIs other units and weapons. 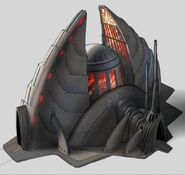 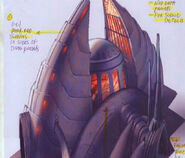 Concept art
Add an image to this gallery
Retrieved from "https://cnc.fandom.com/wiki/Temple_Prime?oldid=223578"
Community content is available under CC-BY-SA unless otherwise noted.