Nod kills Wong Hu Chan, his entire team of scientists, destroys his research facility and all the research contained within.

Terminate Doctor Wong is the twelfth operation during the First Tiberium War inside an alternated storyline for Nod.

The GDI it was discovered by Nod were working on their new orbital Ion cannon. Wong Hu Chan a scientist described by Kane as 'brilliant if sadly misguided' had been tasked with crucial secret research related to this new weapon but had been tracked down by Nod to a base in Angola.

Following the recapturing of Egypt, Nod forces began their two-pronged offensive into southern Africa. As one prong moved into Tanzania another prong moved into Angola. Suddenly Nod had an opportunity to strike at Wong Hu Chan and additionally they had to do so before the GDI defense of Angola collapsed completely and he was evacuated.

Kane ordered a certain Nod commander to find and assassinate Wong Hu Chan who was doing the research for GDI's Ion Cannon Control Center. Kane believed that Dr. Wong's death would halt the development of the satellite-based superweapon. Having assembled a group of soldiers and weaponry aimed at overwhelming GDI guards and killing the scientist the commander went to the outskirts of Cai Undo in Angola where Wong Hu Chan's research center was located.

Fighting their way through the outskirts of Cai Undo, Nod forces reached the fortified base within which Wong Hu Chan's research facility was located. They faught their way inside but found that the GDI had destroyed the bridge to the river island on which his research center was located. So they made use of a Chinook helicopter to cross the river. Having done so they destroyed the facility, Wong Hu Chan, his entire research team and all their research.

The assassination was successful and research was perhaps set back, yet Wong Hu Chan had essentially completed his research already and other GDI scientists were soon able to finish his research and complete the development of the Ion Cannon, which would be used against Nod during the final stages of the First Tiberium War.

The raid on the Mammoth tank factory and research facility in Tanzania disrupted the supply of these tanks to the front lines in Africa and as a result Nod forces were to rapidly sweep aside all resistance in Angola much as they would in Tanzania itself. 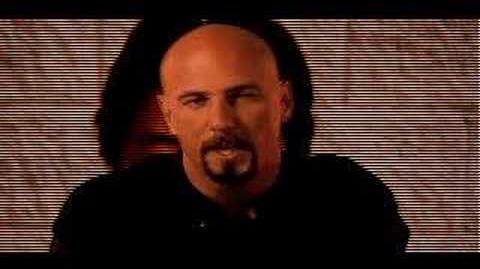 Command & Conquer Tiberian Dawn -- Nod 10a
Briefing
Add an image to this gallery
Retrieved from "https://cnc.fandom.com/wiki/Terminate_Doctor_Wong?oldid=209051"
Community content is available under CC-BY-SA unless otherwise noted.