The Betrayal of Kilian Qatar is the ninth mission of Kane's Wrath. It is a false flag operation instigated by Abess Alexa Kovacs so as to discredit Kilian Qatar in the eyes of Kane.

While LEGION was in Africa destroying the MARV, Kovacs intecepted a transmission between the Legendary Insurgent and General Kilian Qatar. In the transmisssion, Qatar privately expressed her doubts about Kane to the Insurgent. Being a fanatic believer of Kane, Kovacs perceived this to be treason and planned to discredit Qatar. She used LEGION to attack Temple Prime and steal the ion shield plans for GDI; these renegade Nod forces would ostensibly be operating under Qatar's direction. Kovacs confided to LEGION her distrust of Qatar. The abbess believed the general would inevitably betray Kane. Kovacs sought to provoke a response from Kane against Qatar before the general's treachery reached fruition.

The renegade Nod led by Kovacs and LEGION would attack the Temple and leak the ion disruption technology to GDI. This would implicate Qatar as aiding GDI to destroy the Temple and Kane.

The GDI siege of Temple Prime was already under way. A renegade commando destroyed a GDI outpost and cleared the way for an MCV. The renegades helped destroy the GDI besiegers. The Temple initially thought the renegades were friendly reinforcements but became suspicious when the renegades failed to identify themselves.

The renegades denounced Kane when challenged and drew the Temple's attention. Kovacs took control of the renegade bases to occupy the defenders while a small commando-led team, led by LEGION, infiltrated the Temple. The team penetrated the defenses and stole the ion shield plans before exfiltrating by attack bike.

With the plans evacuated by drop ship the renegades disengaged before causing the Temple serious damage.

Disabling the ion disruption defenses was central to GDI's final assault on the Temple Prime. The resulting ion cannon strike and detonation of the Liquid Tiberium Bomb was ultimately as Kane intended. Kane's supposed death in the explosion worked to Kovacs advantage; General Qatar declared herself Nod's leader and further discredited herself in Kane's eyes by cooperating with GDI against the Scrin.

Qatar's actions after the destruction of Temple Prime compounded the ploy's success and convinced Kane of the general's infidelity.

At first you start with a commando on the upper left corner of the map. Blow up the power plant nearby and stop the watch towers near the AA batteries. You have the option of also destroying the GDI Barracks. Regardless when you destroy the AA batteries your MCV will arrive and a squadron of Vertigo bombers will bomb the area and the commando will die. But if you want to save the commando, move her into Temple Prime after destroying the last AA battery.

In easier difficulties you can just send the group of reinforcements against GDI in time with Alexa's attack and Kane's forces. However in harder difficulties you will need to build a base while using the group as a cover. Regardless of what you do the GDI base will eventually be destroyed.

Move the commando first again, take out any troops nearby and move the saboteur to this last fence; it will be a little tricky as there are obelisks ahead. Do not take out the fence yet. You will notice that there are red wire lines running to the ground from 6 power plants to the base defenses (3 on the left and 3 on the right). Take out the power plants and the fence, then move in the saboteur.

Afterwards he will exit mounted on an attack bike. If you want to move him to the evacuation point unharmed (which is a bonus objective), be careful of the patrols. You don't have to kill the patrols but be quick. When you exit Temple Prime's defenses, it is easy, just move the saboteur all the way down and you will finish the mission (if you want the saboteur to be safer move him through your allies' base to go to the far corner of the map). 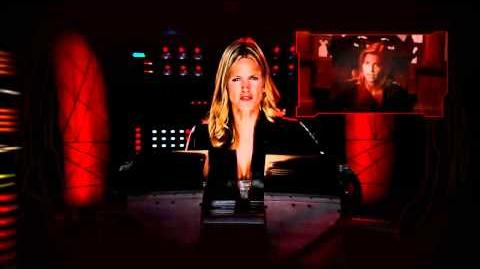 C&C3 Kane's Wrath - 10. Betrayal
Briefing
Add an image to this gallery
Retrieved from "https://cnc.fandom.com/wiki/The_Betrayal_of_Kilian_Qatar?oldid=235458"
Community content is available under CC-BY-SA unless otherwise noted.