The mission in Northern Italy is the first of Act V of the Nod campaign in Tiberium Wars.

While planning his campaign, Kane knew that the Visitors might not be entirely... cooperative. In order to channel their invasion in a productive direction, he ordered the development of a Tiberium catalyst missile based on information from the Tacitus. The facility manufacturing the missiles was located in northern Italy but as of the briefing, it became under attack from alien forces.

The Legendary Insurgent is dispatched to secure the facility and recover the weapon.

After arriving in northern Italy, the commander noticed that the theater was filled with "islands" connected by bridges and otherwise separated by a sea of Tiberium pits and glaciers. After establishing a base of operations, the Insurgent built up a force to eliminate any alien units attacking the derelict Nod base defending the missile facility. Nod sent two saboteurs to reclaim the surviving construction yard to grant them full use of the remaining structures and repair the facility. Another saboteur captured the reinforcement bay that provided stealth tank reinforcements, which would prove useful to fend of alien air raids.

Driving back the aliens

Once the facility was retaken, Nod detected Scrin reinforcements incoming from the north-east. Kane granted the commander the privilege to use the catalyst missile to drive the aliens out of the area and prevent them from threatening the catalyst missile facility. The primary targets were the Scrin's three gravity stabilizers that were responsible for the production of the aliens' air forces. Either through the use of the catalyst missile or through conventional means, the Nod forces held off the alien assaults while systematically destroying the three target structures. After the three structures were destroyed, the aliens retreated further into the red zones and Nod secured the area.

With a new addition to their arsenal, Nod was one step closer to Ascension. The next step was to capture the key codes needed to enter the Scrin Threshold towers. However, GDI also learned of the construction of the towers. They have begun their campaign to end the alien invasion by destroying the incomplete towers, something that Kane could not afford to happen. 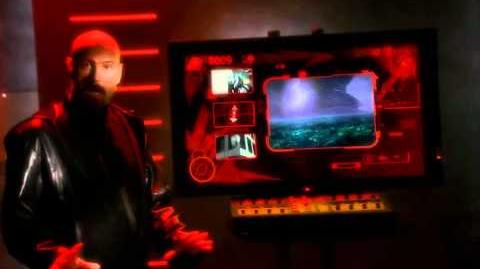 C&C3 Tiberium Wars - Nod 15. A Catalyst for Kane
Add an image to this gallery
Retrieved from "https://cnc.fandom.com/wiki/The_Catalyst_According_to_Kane?oldid=205334"
Community content is available under CC-BY-SA unless otherwise noted.