The Death of Father Frost

The Death of Father Frost was the first mission in the Empire campaign of Command & Conquer: Red Alert 3.

After many years of struggle and preparation, the Empire of the Rising Sun was finally prepared to enact the Emperor's divine vision of world domination. Decades of military research and the mobilization of the efforts and will of an entire population had resulted in the construction of a well-equipped, highly-trained and technologically-advanced military machine.

After so many years of waiting and watching as the Allies and Soviets fought one another, Emperor Yoshiro commanded that the time to strike had come. The Soviet Union was to be the first target of the Empire's wrath, and the sleepy little military town of Vorkuta was to be the first such community to fall to the Emperor's warriors.

For the Emperor, two things made Vorkuta worthy of being conquered by the Empire before all others. First, the town was home to many of the Soviet Union's most renowned monuments. Yoshiro believed that by destroying the enemy's monuments, emblems and symbols of their will, he could in fact break their will and force them to kneel before the Empire without a need for excessive loss of life. The presence of so many important statues meant that Vorkuta had to be conquered, and each one destroyed, if this was to come about.

Secondly, the town was home to an expansive Soviet naval yard, and a considerable fleet had been stationed there to defend the port. Such an armada could have posed a threat to the nascent Imperial invasion, so its destruction was paramount. To these tasks, the Emperor and his son Crown Prince Tatsu appointed a young, yet courageous and dedicated Commander to fulfill them, with the aid of high-ranking Intelligence Officer Suki Toyama and veteran Imperial General Shinzo Nagama. The Imperial strike force approached the harbor on New Year's Eve, a time when the Soviet defenders would be at their most confident, and most unprepared...

The Imperial forces that attacked Vorkuta were minuscule compared to the damage they inflicted. Only a few dozen Imperial infantry composed the bulk of the strike force: an equal mix of Imperial Warriors and Tankbusters.

These troops were brought to the battlefield on the Empire's famed Sudden Transports, and could receive some air support from the numerous Final Squadron kamikaze units deployed to aid them. Two Naginata Cruisers and a handful of Burst Drones were sent to escort the transports to the target area. En-route were a dozen Yari Mini-Subs, assigned to make a strike on the Soviet Naval Yard to prevent a meaningful retaliation to the imminent full scale Imperial invasion.

An Imperial Shinobi sleeper cell was also on standby within Vorkuta itself, gathering intel and preparing to aid the main strike force when they arrived.

General Shinzo Nagama and Commander *Name Classified* were assigned to lead this raid, which would facilitate the full scale invasion of the Soviet Union.

The Soviet Union, meanwhile, had posted several regiments worth of armour and infantry within Vorkuta, with paratrooper reinforcements on standby, in the highly unexpected case of an attack.

Although a theoretically powerful force, the Soviet defenders were largely ineffective due to the fact that most of them were out celebrating New Year's with the civilian population, and those that remained on standby (several companies worth) had difficult locating Imperial forces in the confusion.

The town was also home to a massive Soviet naval fleet, including dozens of Dreadnoughts and many smaller vessels. These, however, were mostly manned with skeleton crews, and remained largely incapable of defending themselves, rendering them highly vulnerable.

While the Soviet garrison at Vortuka largely distracted by the New Year's Eve celebrations, the Imperial strike force entered a small cove to the west of the town, using the mimicry abilities of the Sudden Tranport to sneak past the Tesla Coil defenses and assault the first series of Reactors, crippling a section of the defenses and allowing additional reinforcements to make landfall.

Once the several platoons worth of infantry disembarked, they immediately began a rampage throughout the downtown core of Vorkuta. Aided by the Imperial Shinobi sleeper cell agents, the attackers destroyed the great monuments in the centre of town, all the while slaughtering any of the drunken defenders who tried to resist. In the confusion, the Japanese were able to make numerous quick strikes, killing guards and destroying monuments before the Soviet Commander Oleg had a chance to rally his forces and respond.

By the time that reinforcements arrived and Oleg had assembled his men to a somewhat approaching viable force, the Imperial troops had already struck at the Soviet power facilities, crippling their static defenses and leaving their naval facilities wide open for an attack by sea. The Soviet naval vessels were just getting back up to combat readiness when they were struck by the Empire's Yari submarines, and most were destroyed before they had a chance to fire a shot in retaliation. With the Soviet fleet crippled, the naval facilities destroyed, and the first sightings of the main Imperial invasion force transmitted by outlying listening posts, Oleg had no choice but to withdraw from Vorkuta in disgrace, as his own forces were in no condition to defend against such an army.

The assault on Vorkuta was nothing less than an unqualified victory for the Empire of the Rising Sun. The destruction of the Soviet naval forces meant that the invasion could proceed smoothly without fear of retaliation by sea, with many of the Union's finest ships and sailors had been brought down and their navy crippled without undue loss of Japanese life. The loss of their monuments also served to demoralize the Soviet people, as did the incredible damage inflicted upon its military forces. As such, the loss of just a few men had granted the Empire a firm beachhead upon which to launch their invasion, and weakened the population of their enemy. 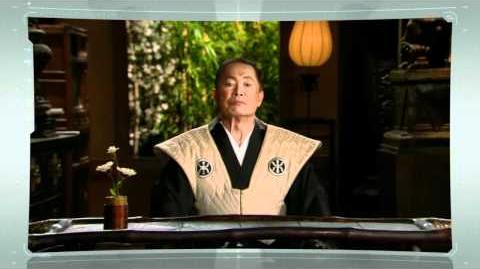