The Betrayal of Kilian Qatar

Taking Back What is Ours

The return of the liquid Tiberium bomb to Temple Prime in Sarajevo is the final mission of Act III of Nod's campaign in Tiberium Wars.

With the weapon recovered from the crash site in Slovenia, Nod forces escort it for four hundred kilometers across Croatia and Bosnia and Herzegovina, the transport finally arrives at Temple Prime, separated by a massive GDI base from their target destination. The Commander is assigned by Kane to protect the device and ensure it arrives at the Temple unharmed.

Meanwhile, Alexa Kovacs and LEGION prepare to stage a provocation, to ensure Kilian Qatar's fall from grace - an attack on Temple Prime by dissident Nod forces.

Firstly, make sure the Tiberium Truck is safe to enter the Temple Prime by eliminating several GDI patrols on the road to the temple. Bypass the large GDI base on the either side of the road,take care of them later.

Temple Prime is lightly defended by turrets,make the truck enter the Temple.Temple Prime's defenders and base is yours to control. Prepare a large fleet of Avatars,Aircraft and infantry to produce a hit-and-run tactic on GDI bases.One the GDI forces took the bait, eliminate them altogether. Build SAM Sites and Obelisks of Light to defend yourself from both GDI and later Nod attacks.

After rooting out GDI defenders from the area, Nod dissidents are arriving from the South and helps you destroy GDI forces. But never trust them,as they are traitors on the cause. Return to base and resupply yourself with more forces and launch the same tactic as what you have done with GDI. Eliminate all of them in that way, because the traitors have a nearly depleted supply of tiberium to use. 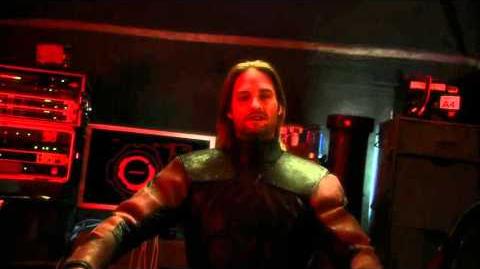 C&C3 Tiberium Wars - Nod 06. A Cry for Help
Briefing
Add an image to this gallery

Retrieved from "https://cnc.fandom.com/wiki/The_Defense_of_Temple_Prime?oldid=229663"
Community content is available under CC-BY-SA unless otherwise noted.