The Doctor Vanishes is the seventh mission of the Nod campaign in Kane's Wrath.

Giraud's liquid Tiberium research for GDI is perceived as a threat by Kane. Thus, he decided to use the doctor's expertise for the Brotherhood. LEGION, commanding the Black Hand, is sent to capture him from a GDI Chilean spaceport in Blue Zone B-8. The spaceport once supported the GDSS Philadelphia.

A large GDI base was present in the area, guarding the spaceport and overseeing the development of experimental aircrafts (the Ironside experimental troop transport and Supersonic fighter). LEGION captured four neutral Tiberium Silos and a Tiberium Spike located in the west of the battlefield to further boost his economy. After causing havoc in the area, which included the destruction of both the experimental aircrafts, the Black Hand captured Giraud's research facility and attempted to extract the doctor by air. Response from the local GDI forces intensified - GDI sent reinforcements into the area by battleship and hovercraft and attempted to shoot down the transport carrying the scientist. The Black Hand successfully prevented the enemy from disabling the transport until it made it safely out to sea.

﻿After LEGION completed its mission Alexa Kovacs was just informed of GDI's latest weapon in Africa that could potentially force Nod to lose its control over the continent. Meanwhile Dr. Giraud defects to the Brotherhood after he experienced that GDI attempted to shoot down the Carryall transport that he was in rather than intercepting it to escort him back to Chile.

Giraud's kidnapping also meant that the GDI military could not warn Acting Director Boyle of the consequences if he went ahead with his order to strike Temple Prime with the ion cannon during GDI's final siege of said place.

There is a statue near Dr. Giraud's lab of Nick Parker, the player character from Command and Conquer: Renegade. 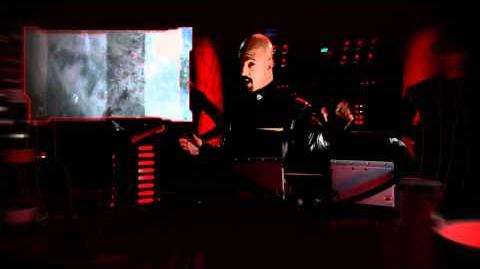