The Famous Liberation was the third Allied mission in Command & Conquer: Red Alert 3.

France had been liberated, and the Allied Nations had rallied their forces in preparation for throwing the Soviets out of western Europe. However, the Soviets were far from beaten. Moskvin's retreat from France meant that the Soviet supply lines were now significantly shortened, and entire divisions of the Red Army had been massed along the French border, eagerly awaiting the inevitable Allied offensive. A pitched battle against such an overwhelming force could spell disaster for the reinvigorated Allies and result in the Soviets retaking France. Even if the Allies were successful, the casualties that the Allies were more than likely to take meant that any victory would be a pyrrhic one at best.

Therefore, the Allied Military Command determined that the best target for their next attack would not be at the front lines, but at the local Soviet headquarters in the German city of Heidelberg, several hundred kilometers behind the main Soviet lines. This command center, located inside an old castle, coordinated Soviet military operations throughout the European Theatre, and directed the massive Soviet force currently waiting for the Allies at the French border. If this city was to be taken and the enemy headquarters eliminated, Allied intelligence believed that the Soviet forces occupying Germany would become disorganized and vulnerable to an attacks. With this in mind, the Allied Commander alongside Commander Lissette Hanley were sent to liberate Heidelberg from the "Red Menace".

Judging from the reports sent in by Tanya and he, Allied Command realized that the western approaches to the city were too well fortified by the Soviet defenders, and that any direct attack from the west would be too costly in terms of both lives and equipment lost. As such, the Allies instead elected for a more subtle strategy.

Under the cover of Hydrofoil attack boats, the Allies shipped their troops in a naval convoy up the river and onto the eastern bank, and set themselves up right under the noses of the primary Soviet base. Oleg had neglected to defend this vital waterway with anything more than a few squadrons of Twinblades and a few Tesla Coils. The Allies had little trouble eliminating those defenses before they could send word about the Allied attack to the Soviet HQ, and the Allied regiments were able to maintain the element of surprise and recapture much of the city before the Soviets retaliated.

After the city was liberated, the two Commanders decided to sabotaging Oleg's exposed Super Reactors. These would require the usage of the Javelin soldiers' secondary power that increased its range but left it vulnerable for a few seconds as it aimed. The Javelin soldiers were escorted by Peacekeepers to ensure their survival. When both exposed Super reactors were destroyed, Commander Hanley expressed her appreciation, even though Oleg thought of it as near useless. But despite how "useless" Oleg thought his two Super Reactors were, Oleg's base would suffer power failure in a few of its sections.

Seeing that his positions were threatened, Oleg sent forth several regiments of infantry and armour to crush this sudden offensive. The Allies, however, were prepared and the Soviet counterattack was stalled almost immediately. The infantry rushed into the city, only to find that the Allies had garrisoned structures throughout the city, and these structures proved firm defensive positions for the Allied infantry, who cut down their Soviet counterparts swiftly.

The Soviet Hammer Tanks found themselves outflanked and destroyed by their Allied counterparts, and pounded to scrap from above by flights of several Vindicator Bombers. These aircraft, relatively unmolested by the lack of Soviet anti-air equipment, began bombing strategic targets within the primary Soviet base, crippling its power supply and destroying necessary production facilities.

The Soviet headquarters is protected by an Iron Curtain generator, rendering it and all surrounding Soviet units invincible. However, the Allies managed to eliminate it, leaving the Soviet base wide open to their attacks. Despite the hundreds of casualties they suffered, the Allies steadily pushed the enemy back, making good use of combined arms tactics and decimating Oleg's beloved tank force. In the end, the Soviets had lost twice as much materiel as the Allies did.

Meanwhile, Agent Tanya and her infiltration squad had been pinned down in the western half of the city, where another regiment of Soviet forces had been deeply entrenched. Not wanting to leave one of the free world's best commandos stuck behind enemy lines, the Allied Commander launched a desperate raid behind the Soviet positions, causing extensive damage in terms of men and material and giving Tanya's squad a chance to escape. Deploying several companies to guard the bridge and to stop any Soviet reinforcements coming from the west, the Allies then sent their remaining available forces to crush the remnants of the main Soviet base. Already weakened by the constant aerial bombings, what was left of the Soviet fortifications were soon overrun. Any Soviet forces that managed to escape the onslaught escaped by fleeing up the hill towards the castle.

With nothing else to lose, and his patience wearing thin, Oleg ordered his reserves forward, spearheaded by his company of Apocalypse tanks. The Soviet counterattack did tremendous damage to the Allied forces in the area, but the Allies held on. Their Vindicators launched an attack on the Soviet HQ, and despite the significant number of Flak Cannons protecting the castle, the Allied bombers levelled it. With his positions in the city destroyed and Soviet forces across Europe now in complete disarray, Oleg had no choice but to rally as many surviving units as possible and withdraw to the east.

With the destruction of the Soviet headquarters in Heidelberg and the collapse of all command-and-control functions for Red Army units in western Europe, the Soviet Union had no choice to withdraw from most of western Europe, hoping to tighten their defensive lines in the Soviet-controlled territories further east. They were, again, on the run and on the defensive.

For the Allies, on the other hand, the liberation was a considerable strategic victory, and as the grateful people of Heidelberg welcomed their liberators with open arms, Allied units pushed the disorganized Soviets back, inflicting a heavy casualties and taking in tens of thousands of prisoners. In short, the actions of the Allied Commander and his colleague, Lissette Hanley, broke the back of the Soviet offensive. At the time, it seemed that the Allies possessed the initiative, and an assault into eastern Europe now was very likely.

Unfortunately for the jubilant Allies, an unforeseen factor emerged, and interrupted their plans. As both factions paused to re-arm and re-build, both the Allied Nations and the Soviet Union suddenly had to face a new and terrifying threat from eastern Asia...

The first part involves using 4 hydrofoils to shoot down the twinblades near the ramp. The next part involves using the hydrofoils weapon jammers to disable the Tesla coils while your ally use dolphins to destroy them. Once the MCVs make it to their destination and deploys the player gets 2 riptide ACVs and a couple infantry. Get spies to infiltrate the refineries but watch out for the bears and the tesla coils. Use the Javelins ability to destroy the Super Reactors from a safe distance. The vindicator is available and should be use to destroy the Hammer tanks and later the Apocalypse tanks due to both will defeat guardian tanks easily. Rescuing Tanya is recommended due to she can destroy Apocalypse tanks easily but the player needs to be careful not to lose Tanya because she cannot be replaced. Once all super reactors are destroyed the Soviets will sell off the Tesla Coils and the Flak Cannons. After the Iron curtain is destroyed the Soviets will build and use Apocalypse tanks. There are a couple ways to defeat the Apocalypse tanks:

Bribe them with spies.

Overwhelm them with Guardian tanks or infantry.

Hit them from the skies with 4 Vindicators.

Use Tanya but watch out for the Terror Drones, Tesla Troopers and the Sickles

After the Soviet HQ is destroyed mission accomplished. 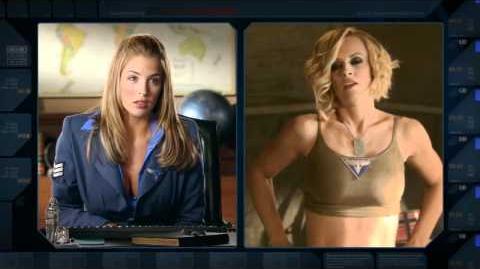 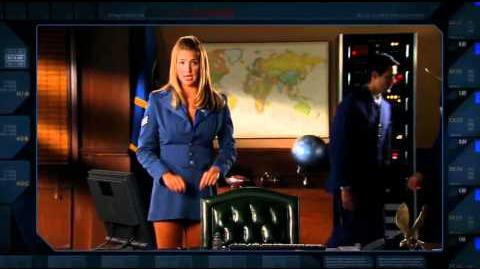 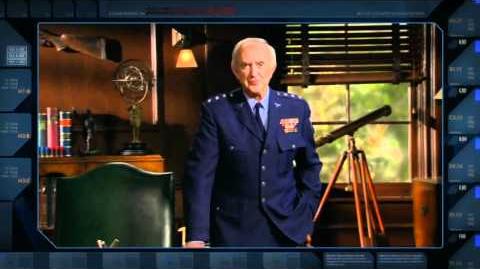