Will Made Flesh (Nod Campaign)

The Final Act is the final mission of the Nod campaign in Tiberium Wars, occurring in the region around Threshold 19 in Italy.

By this point in the war, GDI and Nod had both driven deep into the Italian Red zone. The main objective of GDI was to stop the construction of the Scrin's Threshold towers, while Nod was concentrating on capturing one for themselves. GDI's best battle commander had successfully destroyed a Threshold in Rome, and other GDI commanders managed to replicate this success. Soon, only one tower, in what used to be the Mediterranean, was left standing.

Realising the danger of this to Kane's plans, the Messiah directed his best commander to protect the tower from being destroyed by GDI. They discovered that the Phase Generator in the Scrin base were what was protecting the tower from being destroyed. Once the Scrin finished construction of the tower, it would become invulnerable on its own. It was imperative that the generators be preserved long enough for the tower to become invincible. For this to occur, GDI must be held back and their forces destroyed.

Nod faced heavy opposition from GDI, who occupied two bases in the region. For unknown reasons, Nod also received opposition from the Scrin, who will not hesitate to use their Rift Generator on the Nod base at any opportunity.

﻿Deployed in a hurry, the commander quickly establishes some respectable defence as GDI is under orders to wipe out any opposition there. The immediate objective is to shut down GDI's special version of Juggernauts shooting at the Phase Generator. The target is protected by anti-air turret and Zone Troopers, which provide some amusement. The commander may take over the Juggernaut and destroy GDI's airbase nearby, but must evacuate any Juggernaut if he/she wish to preserve them.

By this time, most of the Scrin potency has been curtailed by GDI's superior army. So it would be easy for Nod to launch an air assault to whatever left of Scrin's base, take over its technology and Advance defence with reinforcement. While doing so, Kane may "remind" the commander the important of defending the Scrin's Phase Generator for some time. There are two major GDI settlements, one large base in the upper-right of the theater and one smaller base in the lower-right (should the air base in the upper-middle of the theater is neutralized). Nod's stealth force and air power may be easily take over the lower point. It would be wise to establish a mining operation in stealth on the rich tiberium field near the upper-right base. The remain of GDI's Juggernaut may be remobillized to soften the GDI's assault team. Once the lower-right base is secured, the rest is easy (provide that GDI's Ion Cannon's bunker is prevented from reaching operational status). The GDI units will promote veterancy very fast in this mission and will use their railgun armed tanks.

Securing the area, Kane rejoices that he now has the tools of the Ascension in hand (The key to the tool is already secured from another completed mission). The tower now stands impervious to any GDI attack as the phase generator kicks in with full force. However, Kane has not yet reclaimed the Tacitus, and Nod is not the superpower it once was at the start of the Third Tiberium War... 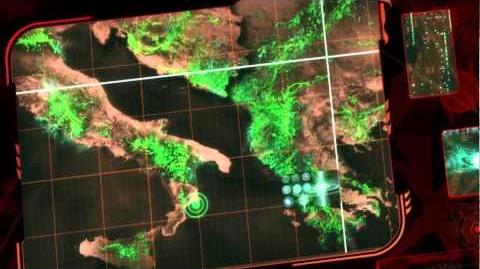 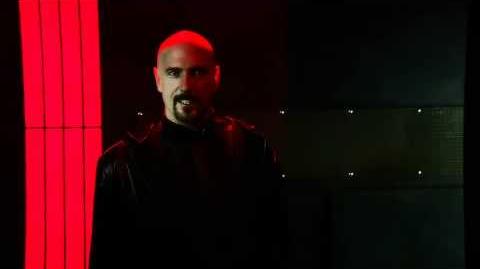