Taticial Imperial Victory
Allied Forces brought down
FutureTech destroyed
The Last Red Blossom Trembled is the final mission of the Empire campaign in Command & Conquer: Red Alert 3. The Imperial army needed to destroy FutureTech, the laboratory for the Allied forces to prevent the technologies being perfected. This was held in Amsterdam and Soviet survivors had also been brought to the science building to prevent the rise of a global Empire of the Rising Sun.

With the destruction of Moscow, the attention of the Empire now turned to destroying Allied resistance against Imperial supremacy. Key to the Allied war effort were the FutureTech labs in Amsterdam, the source of the Allied advanced weaponry. The Imperials were intent the labs be destroyed at all cost.

The Allies, anticipating the Imperial assault, fortified the city, with ships patrolling its many canals. Soviet survivors from the Imperial conquest of the USSR soon arrived in the city to join the Allies in protecting the FutureTech HQ. Among them was Dr. Gregor Zelinsky, the scientific genius behind the Time Machine. He had joined the Allies, working at FutureTech to perfect the Chronosphere technology (presumably to create another, more perfect time machine).

The Imperials had an extremely large force, with several battalions of infantry and armor.

Emperor Yoshiro sent his most honored warriors made up of elite Tengus, Rocket Angels and even King Onis, after a superweapon attack from the Anglo-Soviet alliance. The Imperial advance crushed the last of them.

Being defeated at Moscow and Yokohama, the Allies and the Soviets were low on numbers. A number of Aircraft Carriers, Assault Destroyer and Mirage Tanks were last seen in action along with Special Agent Tanya. During the early stages of the battle, the Allies had a large airbase giving them dominance in the sky. After the Superweapon Attack, the Soviets had Tesla Tanks, Apocalypse Tanks, Flak Troopers and Tesla Troopers defending the FutureTech Research Center.

Two Japanese commanders - Shinzo Nagama and an unnamed but highly successful commander- approached the city from the south, with a significant force including four King Onis and two Yuriko Omegas. They destroyed the Allied supply bases there and building their own bases in their place.

The Allies employed everything they had in the defence of FutureTech labs, including two Proton Colliders, and the most advanced weapons in the Allied arsenal including Aircraft Carriers, Mirage Tanks and the devastating Athena Cannons. Initial Allied superiority in the air prevented the Empire from deploying its own air units. The Soviets and their heavily armored units soon joined the fight.

Despite the best efforts of the Allied forces, the Allied airbase controlling the airspace above the city was destroyed, permitting the Empire to send in reinforcements. The Imperials captured several War Factories and Power Plants to repair their vehicles and power their Psionic Decimators. The full power of the Imperial arsenal was then unleashed upon the joint Allied-Soviet forces. It is implied that Commander Giles Price (being familiar with Air forces) was killed by the Imperials.

The Death of Field Marshall Bingham

Even with the Airbase destroyed, the Allies still had a substantial force in Amsterdam. Shinzo sent a force to attack the remaining Allies, but Spectrum Towers and Athena Cannons stopped them in their tracks. The Commander noticed a large field of Power Plants to the north-west.

He activated the Psionic Decimator on the tight cluster of Power Plants, which resulted in all of the Spectrum Towers powering down. Seizing the opportunity, Shinzo sent in a full battalion of King Onis to crush the remaining survivors. Bingham was about to be destroyed, but tanks came to reinforce him.

However, the Shogun and Shinzo overpowered them. They managed to destroy the Athena Cannons, before they caused too much damage. The Imperial forces saw the last Allied VIP Bunker and demolished it, killing Bingham in the process (it was implied that Warren Fuller was also killed). This crushing blow caused all the Allies to surrender to the might of the Empire.

The Imperial forces marched toward the Soviet base defenses. After long-range support from Shogun Battleships and Wave-Force artillery destroyed the Soviet defensive perimeter, King Onis, Chopper VXs, and Yuriko Omega herself stormed the Soviet bases.

Dr. Zelinsky attempted to stop them by having a large amount of material picked up by Magnetic Satellites and dropped (along with the Satellites), which inflicted more damage to Amsterdam than the Imperials were doing (though it inflicted causalities on them as well).

The remaining Tesla Coils fell to the Shogun Battleships. King Onis bull rushed the Soviet Apocalypse tanks, and Chopper VXs unleashed a missile barrage on the Soviet base. Soon, FutureTech HQ was in sight of the approaching Imperial Forces.

The increasingly unstable Dr. Zelinsky had warned of a terrible catastrophe if the Empire insisted on threatening FutureTech. When the labs were attacked by Imperial forces, the scientist followed through with his threat.

He unleashed a mysterious superweapon that he claimed to be a prototype Chronosphere that he had been working on, which unleashed an uncontrollable force of devastation that obliterated all that remained of the city and its defenders. Imperial soldiers stood in awe of the destruction before realizing too late that it was indeed a terrifying superweapon. The blast killed all the Imperial forces outside the FutureTech headquarters and destroyed both Imperial bases (it is likely Yuriko and her "twin" were also killed in the blast, but this is yet to be confirmed by Imperial analysts).

Amsterdam was all, but destroyed - only the FutureTech headquarters and the Soviet guards around it remained. Zelinsky had done it and made the superweapon go online as the Imperial advance tried another push to the building.

The Imperials weren't going to give up. Emperor Yoshiro immediately ordered his elite warriors into the ruined city to finish off the FutureTech HQ. A team of Mecha Tengus, Sleeper Ambush Tankbusters, Rocket Angels,  King Onis and a Final Squadron Omega faced the remaining Soviet defenders, which included two teams of Flak troopers and Apocalypse Tanks.

The elite troops clashed outside the FutureTech building. King Onis destroyed Apocalypse Tanks and a Tesla Tank, Mecha Tengus shot up the infantry and Rocket Angels unleashed their arsenal against the last of the USSR. The Empire emerged victorious, and soon FutureTech HQ collapsed under Imperial assault.

The Imperial flag flew over Amsterdam. With their vital laboratories lost, the Allies had lost the means and the will to resist against Imperial dominance. The war was effectively over. The world was now under the Imperials' domination.

The unnamed commander in the battle was received at the Imperial Palace, where Emperor Yoshiro bestowed upon him the title of Supreme Shogun. The hero of Amsterdam was last seen with Suki Toyama on a secluded beach in north Oahu.

To commemorate the victory, several King Onis began cutting the flags of their fallen Allied enemies, replacing them with the Imperial standards.

If the FutureTech building is destroyed by an Empire-trained Tanya or Natasha Volkova, the game will end before the final battle. Also, you can skip the main battle, by having Shogun battleships (with necessary escort, mostly Sea-Wing, ally naval force could be used to deal with Allied navy) rush the Future-Tech facility.

The first part of the mission involves using infantry and King Onis to establish a base. Destroy the Allied Airbase with King onis absorb the fire and Yuriko to destroy the threat. Once the Allied Airbase is destroyed two Chopper VXs and 4 Rocket angels will arrive. Expand and build a large army of air and land units due to the Allies strongest ground units are no match for the King Onis. The Soviet forces that survive Moscow will join up with the Allies so get ready. Once the Futuretech building reaches low health the soviet scientist will use a superweapon to destroy everything in Amsterdam including his allies bases.

Yoshiro will send in a King oni, 2 tengus and 6 rocket angels for both commanders to deal with the soviet guard. The Top Secret Protocols including the Final Squadron omega and the Sleeper ambush is recommended and can be used even without a conyard. Destroy everything and the mission is a win. 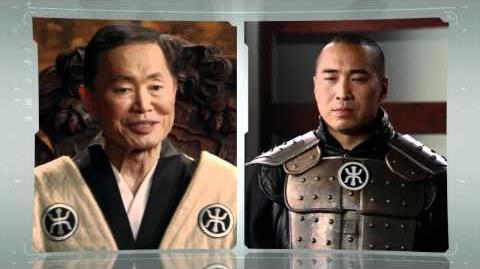 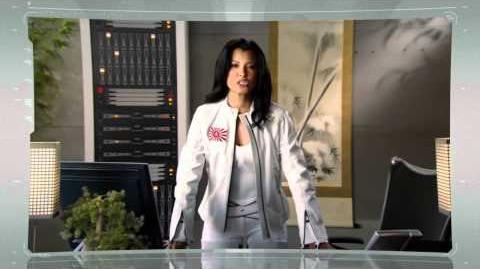 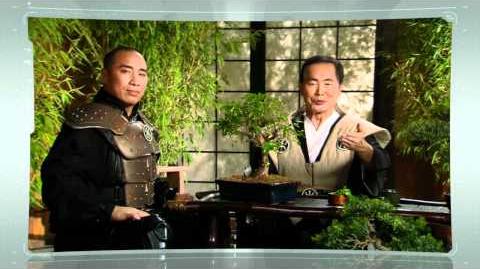 Retrieved from "https://cnc.fandom.com/wiki/The_Last_Red_Blossom_Trembled?oldid=245370"
Community content is available under CC-BY-SA unless otherwise noted.