The Moon Shall Never Have Them

Operation "The Moon Shall Never Have Them" is the final operation where the Allies defeated the Soviets for backstabbing them in Tokyo.

Now knowing that the Soviet Union had indeed abandoned the Allies at Tokyo and instead planned a devastating attack on major Allied cities, the Allies still managed to stop the Soviet plans at Havana in Cuba. Everything Dr. Gregor Zelinsky said to Field Marshal Bingham in regards to Premier Cherdenko's manipulation of time to save the Soviet Union from defeat was true, and Bingham felt the time was right to "make the Soviets pay for their lies and betrayal".

Allied intelligence revealed the majority of the Soviet forces, as well as Cherdenko and General Krukov, were stationed at Leningrad to protect the Peter and Paul Fortress. Cherdenko had the fortress converted into a shuttle launch facility to transport himself to the Moon. Destroying the fortress was necessary if the Allies wanted to arrest Cherdenko and Krukov and charge them for war crimes. To achieve this, Bingham sent his best field commander and Warren Fuller to assault Leningrad.

An advance guard of Apollo Fighters and Cryocopters attempted to fly over the southern plateau of the city, but were shot down by Soviet forces. Fortunately, the guard bought the Allies enough time to send in their main forces.

At the beginning of the battle, the Allies shrank several MCVs by using Cryocopters to get them quickly behind Soviet lines. When that rather risky move was successfully done, the Allies Chronoed in Mirage tanks to help clear the area from Soviet forces. The tanks quickly began engaging the Soviets, burning infantry with their spectrum cannons and employing their camouflage and gap generators to confuse the Soviets further.

As the Allies got closer to the Construction Yard, the Soviets quickly positioned several Apocalypse Tanks and turned on their magnetic harpoons. As the mirage tanks closed in, the tanks desperately began drawing in the Allied tanks and shredding them with the grinder at the front of the vehicle. Fortunately, the other Allied tanks quickly adjusted fire to destroy the tanks before they could totally grind up the victims.

With the last line of defensive units out of the way, the mirage tanks quickly shifted attention to the Soviet structures, destroying the Construction Yard and the nearby Flak Cannons and eliminating the Soviet presence from the plateau.

That done, Premier Cherdenko revealed his final, somewhat insane plan to escape to "the one place that hasn't been corrupted by capitalism: SPACE!". That left the Allies with about 20-50 minutes to destroy the fortress before that shuttle was launched.

Act 2: Fall of the Iron Curtain

The first one was protected by War Factories and many vehicles. The Allies sent Guardian Tanks and Mirage Tanks to counter the horde of vehicles. In an ensuing tank battle between Allied Guardian and Soviet Hammer Tanks, the Iron Curtain was destroyed, along with some of the Factories.

The Allies then captured the remaining the Soviet War Factories and the Battle Lab to prevent the Soviets from deploying more Apocalypse tanks. The Allies, proceed with the next plan to destroy the Soviets, activating the Mirage Tanks GAP Generator while having some Apocalypse Tanks and Bullfrogs escorting to the next target.

The second curtain was surrounded by garrisons of Flak Troopers and Conscripts, but heavy bombardment from Athena Cannons utterly destroyed those garrisons and the Flak Troopers were killed. The Iron Curtain was then obliterated from space with a laser.

The third Iron Curtain was guarded by some ground troops, including a single Apocalypse tank, and MiGs from several Airfields. Using a blast from the Proton Collider to destroy the Airfields and the guards, this cleared the way for bombers to level the third curtain.

The other 3 Western Iron Curtains

The western Iron Curtain bases were set up in a similar way, enabling Commander Warren to progress almost as fast as the Commander on the eastern side, which would help in moving to the final Iron Curtain.

As soon as the third Iron Curtain was destroyed by the Allied Commander, Soviet Commander Krukov brought a Vacuum Imploder online, planning to destroy the Allied base. Through luck and cunning, Warren had just destroyed his third curtain, which enabled the Allies to perform a pincer move, crushing the base, killing Natasha (seemingly, although this was never officially confirmed), and destroying the final Iron Curtain and the Vacuum Imploder before it could fire.

Casualties were very high for both sides in the attack. The Soviets had well-cordinated defenses, with Tesla Coils defending the two bridges leading into the Soviet base, while Flak Cannons and MiGs covered the sky. Dreadnoughts were docked in the canals, prepared to pound the Allies as they advanced.

Soviet Apocalypse and Tesla Tanks rolled out to meet the Allies' assault. However, the Allies had brought Athena Cannons and Mirage Tanks to the party, along with the full might of the Allied Airforce. Vindicators made bombing runs on the Soviet armored divisions, while Apollo and MiGs tore each other, down to shreds in the skies above.

Century Bombers made bombing runs on the Dreadnoughts in the canals, removing them from the battle. Eventually, the combined arms of the Allies overwhelmed the Soviet defenders, and the Iron Curtains and the Vacuum Imploder were destroyed.

Now, as the Iron Curtains were down, the fortress was still heavily defended by numerous Soviet units, such as Tesla Tanks, MiGs, Kirovs, Desolator Bombers, V4 rocket launchers and Apocalypse Tanks, to name a few. In addition, the fortress was heavily armoured and as such very hard to destroy. Nonetheless, the Allies had their Proton Colliders ready to fire, which resulted in a devastating effect on the island-fortress.

Krukov sent a final Apocalypse tank battalion in an attempt to kill Warren but was destroyed by a Mirage Ambush and a Century Bombing Run by the Commander.

With most of the defenses destroyed, the MiG's and Kirovs shot down from the sky, and troops ready to be chronoed on the island, a final bombing run was performed to clean the field in front of the fortress. The Allied Commanders used the Chronosphere to send their best units, which included several Athena Cannons and Mirage Tanks, to the island. Once there, the Mirage Tanks destroyed the final roaming Soviet units, while the Athena Cannons colored the spaceship to pieces, resulting in a spectacular strike which leveled the entire castle and the spaceship with it.

BCN made headlines, that both Premier Cherdenko and General Krukov are imprisoned in a cryoprison to stop them from escaping and starting war again. In London, Bingham tells the Commander that it was excellent that Soviet forces had surrendered, but a new war will be coming soon and Eva McKenna invites the Allied Commander to his date with Tanya, in the process.

But that was merely a prolouge of yet another bloody chapter of human history and the beginning of the Allies' worries in this new age, as the Tatsu-led puppet government in Japan is about to be besieged by the remaining shogunate, namely Kenji Tenzai, Shinzo Nagama and Takara Sato. Meanwhile, Tatsu has plans for the Soviets and Allies - plans that can very well mean Imperial independence.

The tremor within after-war Allies also surfaces in the form of FutureTech under the ambitious hand of EU president Rupert Thornley. Armed with the full arsenal of democracy and willing to be relentless against any possible threats, fears and suspicions have been raised as the once-greatest contributor of peace might have become the new warmonger. The difference between "victory" and "liberty" was never depended on who won the war, but how to win the war.

What's more, reports of a "Soviet Underground" were starting to spread, showing that the Soviet Union's far from defeated. And if that is not enough, one of the Empire's bioweapons, for reasons yet to be known, is about to tear the entire Shiro Psychic Research Facility apart from the inside once more...

The Uprising has begun.

The first part of the mission is shrinking two MCVs to sneak past the Soviet tanks which is hard due to the hammer tanks will easily crush the shrunken MCVs resulting in a mission failure.

After the soviets are destroyed the player gets 20 minutes to destroy the Iron curtains and the shuttle before the Premier escapes.

Capture the soviet war factories to build a soviet MCV but watch out for natasha.

The newest weapon for the player is the Proton Collider which will be use to destroy the densley packed soviet bases.

Later Krukov will arrive with terror drones, tesla tanks, Migs, Kirovs and apocalypse tanks and will bring a Vacuum imploder online. Destroying it is crucial otherwise the Vacuum imploder will do unspeakable horrors to the players army.

Once the last Iron curtain is destroyed the player can attack the launch pad and it is recommended to chronoshift the Mirage tanks to destroy the V4s and the Tesla Tanks. Once the shuttle is destroyed mission accomplished. 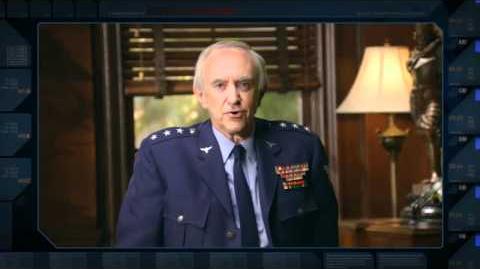 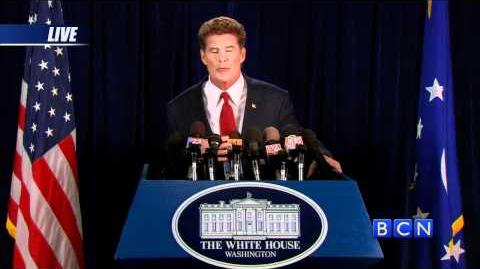