The Needs of the Many

The Needs of the Many is sixth mission in the Nod campaign of Tiberian Sun: Firestorm.

Since CABAL has turned on us we are suffering a communications blackout. We are forced to try and obtain GDI's EVA technology. There is a small GDI airbase in this sector. Get your engineer into their radar facility to steal an EVA unit. Create a distraction to occupy GDI air units while you steal the EVA unit.

We also have a new unit for you: the Mobile Stealth Generator is now operational. Use it wisely.

﻿CABAL's mutiny has left the Brotherhood of Nod reeling and in disarray. Without an effective AI to coordinate Nod activities efficiently, the militarised and religious organisation would fall into chaos. Fortunately, Anton Slavik was the sole surviving Inner Circle member to lead the Brotherhood but he needed an EVA unit to temporarily replace the rogue Nod AI. Slavik managed to commission his commander to steal a GDI EVA unit from one of their strongholds, and pulled out several battle-weakened but veteran stealth tanks from the front lines for the commander to use to infiltrate the GDI airbase.

Rallying whatever force Slavik can muster, a taskforce is deployed in the outskirt of one of GDI's European bases. A recon party confirmed that a communications center contained the neccessary components and information needed to construct a crude AI for Nod. Unfortunately the base is protected with Firestorm Generator. The units available are mostly vehicles capable of outrunning CABAL's onslaught. But all units are not in their best state, even the latter reinforcements. The main assault party are Nod light vehicles like Attack Bikes and Buggies. Stealth Tanks will come after some time is spent. Using the tunnel network, hit and run and luring tactics, Nod is able to infiltrate the base, shutdown all of its power, disable GDI's Orca Bombers, and put defensive structures out of commision long enought to insert an Engineer to the Communication Center. The engineer will then transfer programs and codes to a nearby friendly command center.

The Nod engineers successfully copied all the data files to construct an EVA unit to the Montauk. Once Slavik was satisified at EVA's reprogramming, he had EVA locate the CABAL Core. 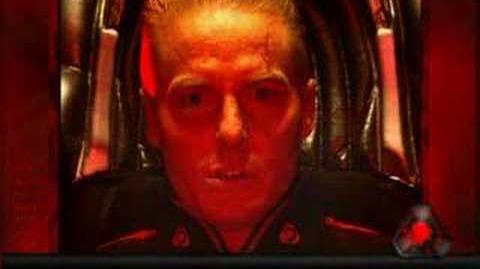 Tiberian Sun Firestorm -- Nod 6
Briefing
Add an image to this gallery
Retrieved from "https://cnc.fandom.com/wiki/The_Needs_of_the_Many?oldid=188323"
Community content is available under CC-BY-SA unless otherwise noted.