The Shark and the Lure

Ride of the Red Menace

The Shark and the Lure was the second Allied mission in Command & Conquer: Red Alert 3.

The Soviets had been beaten back in Great Britain, with the infamous General Krukov fleeing south with whatever forces he could salvage from the debacle. While the Allies were encouraged and re-energized by the victory at Brighton Beach, elsewhere in Europe, the war continued on.

After his defeat at Brighton Beach, General Krukov has retreated to the south of France and captured Cannes, setting up a strategic naval port in the city. To make matters worse, several Allied leaders have been pinned down by Soviet forces in a conference center inside the city.

Seeing his success in Great Britain, President Ackerman took a strong liking to the new Allied Commander, attaching his best commando, Agent Tanya, to his force in hopes that he might "kick a little more Commie butt."

Due to the Soviet naval blockade in this area, the Allies were unable to attack head-on. However, they managed to send in an infiltration team and set up a small base in the city. Commander Warren Fuller, who was in command of the ground forces, was responsible for securing the conference center where the Allied leaders are being held.

Meanwhile, the Allied Commander was given control of Tanya and a team of spies in order to infiltrate the Soviet island harbors. The islands were heavily defended by Tesla coils and patrolled by War Bears, but Tanya took out the War Bears guarding the islands, allowing the disguised spies to sabotage the Soviet Reactors and shut down the Tesla coils. Spies infiltrated the Soviet docks, and planted demolition charges in each of them.

By this point, Commander Warren had already secured the conference center. However, his forces were unable to advance further due to constant bombardment from Soviet Dreadnoughts, which are protected by Akula subs. With all the charges in place, Tanya sent a message to the Soviet fleet from the port authority building, claiming that insurgents are onboard the Akulas and ordering them to return to their ports for a search. As soon as they did, the demolition charges were detonated, destroying all of the Akulas, as well as the docks, the Naval yards, and all of the docked Dreadnoughts.

Without their Akula escorts, the remaining Dreadnoughts were easily destroyed by Tanya. The Allies Chronoshifted in a MCV in order to finish the remaining Soviet forces. The Allied Commander quickly built up a strike force, which, together with Commander Warren's forces, pushed into the Soviet base and razed it to the ground.

With the liberation of Cannes, the Soviet forces have been driven out of France and pushed back to their headquarters in Germany. According to information acquired by Agent Tanya, their headquarters is located in Heidelberg. The Allies immediately began planning for an assault on the city.

The first part involves using Tanya and some spies to infiltrate the soviet island bases. Use the spies to infiltrate the Reactors to allow Tanya to destroy the Tesla coils. After the soviet akulas are sunk sink the dreadnoughts and then an MCV will arrive. Build tons of Guardian tanks and liberate the Airbase to get Vindicators Destroy the Soviet base and mission accomplished. 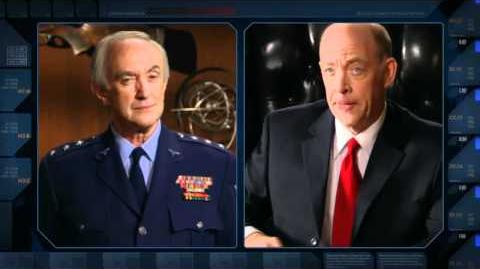 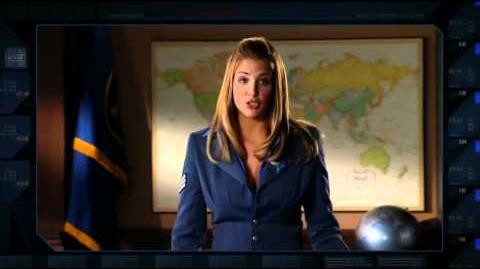 C&C Red Alert 3 - Allies Chapter 2-2. Take Out Final Soviet Base
Eva contact the Commander
Add an image to this gallery
Retrieved from "https://cnc.fandom.com/wiki/The_Shark_and_the_Lure?oldid=231310"
Community content is available under CC-BY-SA unless otherwise noted.