To Tame a Living God

Blight on the Big Apple

The Stone-Faced Witnesses is the eighth mission of the Soviet campaign in Command & Conquer: Red Alert 3.

With Emperor Yoshiro dead, the Empire of the Rising Sun soon fell under Soviet occupation. Premier Cherdenko believes that the Empire's people is superstitious and culturally backward, but do possess advanced technologies. He contacts Gregor Zelinsky to see if he has made any progress studying the Empire's technology, only to find him missing from his lab.

Cherdenko then informs the Commander that he has convinced the Allies that the Soviet people is war weary, and orders the Commander to meet the Allies at Easter Island to sign a peace treaty. However, Cherdenko has no desire for peace, and only wants to use this opportunity to kill the supreme commander of the Allied Nations, dealing a crippling blow to the Allies.

As Soviet forces established a base of operations on the Easter Island, an Allied fleet of Aircraft Carriers, Hydrofoils, Assault Destroyers and Riptide ACVs arrived at the dock. The Allied ambassador was ordered by Field Marshall Robert Bingham to meet his Soviet counterpart between both the naval fleet and Soviet entrenchments to greet each other and get Anatoly Cherdenko who is nowhere to be seen to come and see Bingham.

The Allied emissary arrived and asked if he was there to escort them to their meeting with the Premier. The Soviet emissary responded by ordering the Soviets to attack and not allow the treaty to commence. The Allies realized it was an ambush and ordered their forces to open fire on the Soviets.

A huge number of Akula Subs surfaced to ambush the Assault Destroyers and their torpedos fired away and Riptide ACVs, Hydrofoils and Assault Destroyers were seen sinking into the ocean. After destroying their escorts, the Akulas sunk the Aircraft Carriers.

The Allies did indeed suspect a Soviet trap and Field Marshal Bingham informed the Soviets that they came to the Easter Island with their guns loaded. The Allies deployed an MCV and several Assault Destroyers to get revenge for the ambush. However, the Soviets had built defenses all around their base, and the Allied attack stalled. Zhana built up a sizable air force and her Kirovs and Twinblades leveled the base, presumably eliminating Bingham as well.

Cherdenko transmitted a message to the Commander from his fortress, saying that he was a threat to him and thus have to be eliminated. Dasha believes that the Premier had gone mad, and asks the Commander to eliminate him for the good of the Soviet people. The premier reveals his trump card: He has modified the Moai statues around Easter Island, turning them into secret weapons. Three of which conceal man cannons, which were used to deploy infantry loyal to him. Others contain powerful tesla coils, deadly against ground forces. In addition, the Premier also unleashes experimental Tesla tanks against the two Commanders.

To eliminate the Commander, the Premier deploys the Vacuum Imploder, a new superweapon based on the Allied research data obtained from Mykonos Island. The weapon was heavily defended by Moai statues, MiG fighters, and flak cannons. However, the two Soviet Commanders managed to destroy it using V4 rocket launchers and Dreadnoughts, allowing them to focus on the Premier's volcano fortress.

The Premier's ultimate weapon is no more, but Cherdenko himself is still hidden inside his private fortress. Since no other forces can reach it, Kirov airships were dispatched and levelled its support structures, letting it sink into the lava below. Cherdenko was presumably killed.

It was revealed afterwards that Cherdenko had faked the attempt on his life, framed General Krukov and was responsible for the subsequent disappearance of Dr. Zelinsky in order to eliminate the witnesses to the Time travel incident that brought him to power. With the Allies reeling from their defeat, the time was deemed right for the assault on the United States where Tanya and Ackerman funeralised the deceased Bingham.

The First part is to build a naval and air force to ambush the allies. The Soviet Navy will beat the Allies Navy so easily so get Akulas, Twinblades and Migs. DO NOT ATTACK UNTIL THE CONSCRIPT SAY "I'M AFRAID NOT MY FRIEND COMRADES ATTACK NOW!" otherwise the mission is a failure. After the Allied fleet is sunk the Allies will set up shop on an island with air and naval units. Destroy them with the dreadnoughts and the Kirovs. After the Allies are defeated the Premier will betray the player. Get Apocalypse tanks to hold off the Premiers Tesla and Apocalypse tanks. Destroy the Vacuum Imploder with Apocalypse tanks, Kirovs or Dreadnoughts. Then bomb the premiers mountain fortress with Kirovs due to only air power can get the Premier. Once its done the mission is a win. 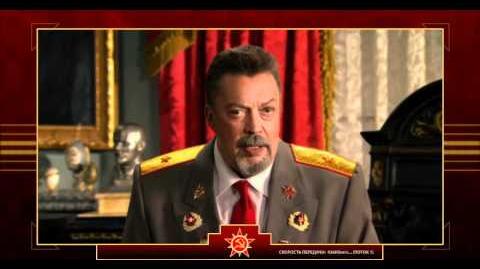 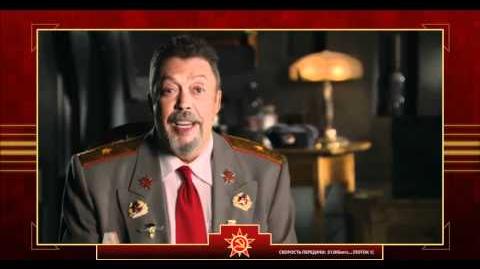 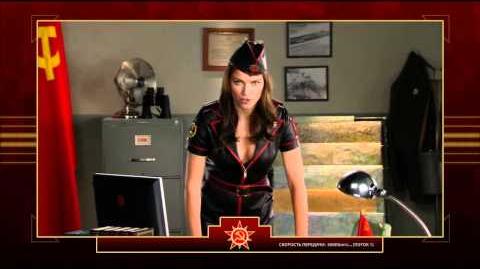 Retrieved from "https://cnc.fandom.com/wiki/The_Stone-Faced_Witnesses?oldid=233094"
Community content is available under CC-BY-SA unless otherwise noted.