The True Shogun's Stand is the third and final mission of the Allied campaign in Command & Conquer: Red Alert 3: Uprising.

As the forces sworn to the (former) Emperor's shadow, Shinzo Nagama and the brash, but deadly Kenji Tenzai surrendered to Tatsu, the Allies pushed towards Miyako to defeat the last, but also the newest Imperial Commander, Takara Sato, formerly a Rocket Angel leader, now a proper Imperial Commander.

The Allied leaders believed that such a victory over Takara would end the Uprising, and quell the insurgency. However, Tatsu turned around from his previous position of capturing the (rogue) Imperial forces, asking for no mercy in the final assault. With such, the Allied Commander prepared his forces for a final showdown.

Phase One: The Battle

The first problem however, would be setting up a proper foothold, as Takara was prepared. Because of the patrols, the best way to secure a foothold was to use a small, but dangerous strike team consisting of two Cryo Legionnaires, an MCV, and two prototypes of the newest Allied weapon, the Pacifier FAV.

Despite the numbers and conventional advantage of the Imperial forces in the area, this strike team proved more than a match for any Imperial patrols sent against them. Once they deployed across the river from Takara's base, Allied forces gathered to put an end to the Uprising.

Takara had no indication however, of surrender, and attempted to box in the Allied forces with Defender-VX Nanocores, but the Pacifiers revealed their Grand Cannons, blowing the Nanocores apart as they attempted to unfurl. Takara deployed all her remnant forces of infantry, like the Imperial Warrior and the Archer Maiden, mechanized units of the Mecha Tengu, Steel Ronin and a Psionic Decimator, but the Allied forces prevented the latter from being fired and defeated Takara's forces, forcing them into retreat as the Allies bombed them away, driving them to ruin.

However, even as Takara's surviving forces retreated, it was revealed that all was not well ... Tatsu had betrayed the Allies, using them to gain the allegience of the forces of the renegade Shogunate leaders. Declaring himself the new Emperor of the Rising Sun, Tatsu proclaimed he would now force the Allies out of Japan and restore the Empire to full glory.

With that, his army attacked the Allies exposed flank on the north, turning an east-versus-west battle into a complete mess. Forced to pull away from finishing Takara off and ending her Uprising, the Allies redirected to their exposed flank, where Tatsu was now unleashing his full arsenal, including a captured Allied Chronosphere which was teleporting units into the battle.

Arrival of the Giga Fortress

With Tatsu effectively risking setting off another war with the Allies and the risk posed by a Chronosphere equipped Imperial army, the Allied Commander was authorized to use the full Allied arsenal, even the mighty Proton Collider and Harbinger gunships, but Tatsu had a new card to play: the Giga Fortress. The flying monstrosity surprised many Allied forces, demolishing them in their tracks.

Apollo fighters, dodging Tengu and Archer Maiden firing lines, tore up as many Giga Fortresses as they could, many being shot down in the process. Harbinger Gunships flew in, and saturated the focused Imperial forces. One of the Harbingers destroyed a Giga Fortress sea form in one-on-one face-off. Tatsu's surprisingly massive force, using Chronosphere-teleported flanking squads, pushed the Allies to the brink.

It was only when the Allied Commander finally got the Proton Collider online, fully charged, and fired it at Tatsu's army, destroying the Chronosphere before it could cause more trouble, did the Allies manage to get an upper hand. Bloodily, slowly, but surely, the Allies pushed back.

Harbingers melted King Oni robots and remaining Giga-Fortresses sea forms, Apollos shot Tengu and Rocket Angels down, Peacekeepers had, both in Multi-Gunners and on foot, sprayed shotgun shells into the chests of Archer Maidens and Imperial Warriors, Javelin Soldiers blasted Steel Ronins to scrap, Vindicators bombed Shogun Battleship guarding Tatsu's Base, Guardian Tanks dueled Tsunami Tanks, and Cryo-Legionnaires froze and captured a number of Imperial forces. The VIP Bunker (where the Imperial Shogun loyal to Tatsu possibly was, if he was involved.) was toppled down, and eventually defeated Tatsu's army, driving it into retreat, but not without cost.

Once more, it was revealed that Allied Intelligence had failed to notice an Imperial build-up, costing many Allied soldiers and airmen their lives. However, Lieutenant Eva congratulated the Commander for a quick thinking when stopping Tatsu, as if Tatsu had won, the Empire of the Rising Sun would have risen again and war would return to the world, but the Allied victory had stopped that.

However, it came at the cost of the Uprising within Japan continuing as Takara, forgotten during Tatsu's attack, had escaped and her fate unknown to the Allies.

The first part involves escorting the MCV to a location. The new unit is the Pacifier FAV devastating artillery units that devastates anything with their long range grand cannons.

After deploying the MCV GET DEFENSES BUILT due to nanocores will deploy near the players base.

Takara will attack from sea, air and land and will build a Psionic Decimator to destroy the player.

Get expanding quick and get harbingers and apollos in the air. Capture the imperial bases(to use imperial units in the next mission) and after building a large allied and imperial armada destroy Takaras VIP bunker.

The next phase is involving defeating Emperor Tatsu. Tatsu will send in Giga Fortresses but the players combined Allied and imperial arsenal will beat them and if not get apollo fighters, jet tengus, rocket angels, yuriko and harbingers will defeat the Giga fortresses. Tatsu will also use a captured chronosphere to chronoshift King Onis into the players bases. Launch the Psionic decimators and the Proton coliders and use the Harbingers to wipe out Tatsu. 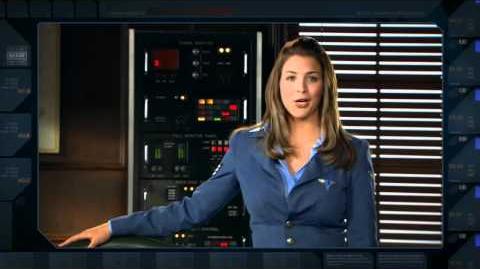 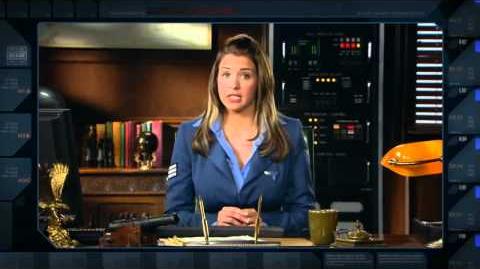