The Titan Medium Battle Mechanized Walker (or Titan Mk. I) was a bipedal GDI combat walker used during the Second Tiberium War and the Firestorm Crisis.

The Titan was developed in the 21st century as a tactically-superior replacement to the aging GDI Medium Tank. At the height of concurrent technology, combined with locomotive designs first tested in the X-O Powersuit and a skeletal frame forged from the world's strongest materials, the Titan was a powerful walker.

At around 25 feet tall, possessing powerful legs capable of traversing any terrain with ease, and armed with a formidable laser-guided 120mm side-mounted cannon, the Titan was a fearsome battle walker. Its great stature and deadly cannon allowed it to tactically dominate surface engagments - able to fire over obstructions and hit with incredible accuracy, whilst its all-terrain legs bestowed a pace that was plodding, but steady - capable of moving at full speed across any terrain and incline, no matter how rugged or steep.

However, the Titan still suffered from its low speed and inability to effectively combat infantry units. The faster Wolverines were used for this purpose, although it should be noted that Titans, especially in large groups, could simply trample infantry under their massive feet.

The Titan chassis has been used extensively by GDI, and many advanced walkers used either newer versions of the Titan chassis or modified ones. An example of this approach was the Juggernaut.

Despite its advantages, the Titan's legs suffered from high vulnerability and maintainance costs, and was thus phased out in favor of a more conventional successor after the Firestorm Crisis: the MBT-6 Predator.

A Titan Mk. II development program was, however, initiated by the Steel Talons under the command of General Joshua Mitchell - attempting to bring the Titan up to par with the next generation. Many Steel Talon commanders were former Titan jockeys, ensuring that the initiative would inevitably come to pass.

The modifications made to the Titan Mk. II put emphasis on much stronger armor and even more powerful legs - allowing for greatly enhanced speed and the capability to crush contemporary armor underfoot. These upgrades kept it alive long enough to remain relevant even by the time of the Incursion War.

The Titan has great range, easily disposing of Vulcan Cannons and Laser turrets from afar.

Its laser range finder ensures a high degree of accuracy, and its cannon is placed high enough to allow for great elevation and depression. Unlike most other vehicles during the Second Tiberium War, the Titan can fire over walls or edges of a cliff, whether the target is on top or at the bottom (part of "invisible bullet" shared by most machine guns' bullet effects). This is a significant advantage that it has over its Nod counterpart: the Tick tank (nearly similar "dot bullet" shared by Mobile Artilerry). It should also be noted that the Titan costs the same as a Tick tank.

The Titan possesses a powerful 120mm cannon that hits hard against ground units across any tier with incredible accuracy - a sizable group of Titans can oftentimes be observed to near-instantly destroy most vehicles and even infantry that attempt to engage them. As a walker unit, the Titan can walk across any terrain with stable speed, and as a general-purpose ground combat unit, the Titan is among the best and most reliable combat vehicles of its time. 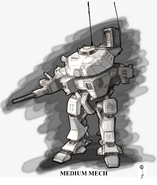 A Titan Mk. I wreckage during the Third Tiberium War 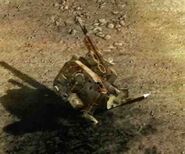 Ditto, from behind
Add an image to this gallery 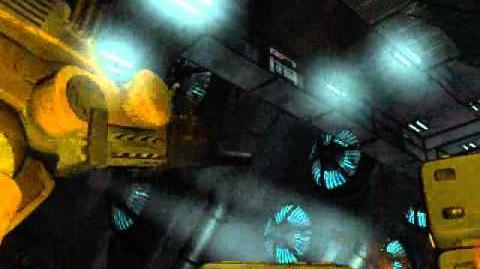 Retrieved from "https://cnc.fandom.com/wiki/Titan_Mk._I?oldid=242267"
Community content is available under CC-BY-SA unless otherwise noted.