The Death of Father Frost

To Conquer Shattered Spirits was the second mission in the Empire campaign of Command & Conquer: Red Alert 3.

The victory of the unnamed Imperial Commander at Vorkuta had set a fine example for the rest of the Empire's officers, and the invasion of the Soviet Union was progressing smoothly. Across the Union, Imperial armies had landed and began conquering Soviet territory, with hundreds of thousands of men and fighting vehicles carving a bloody swathe through the Soviet armies. The sudden fall of Vorkuta and the destruction of its monuments had struck a heavy blow against the morale of the Soviet people, and Emperor Yoshiro saw an opportunity to crush their spirits once and for all. The industrial city of Stalingrad was in the path of the main Imperial invasion force, and held another series of monuments, including a massive statue depicting Mother Russia. A swift raid against this city and the destruction of these memorials would only further demoralize the Soviet people, and bring them ever closer to obedience.

Crown Prince Tatsu, meanwhile, was disdainful of using the Empire's mighty armoured forces to bring down a simple statue, but capitulated to the wishes of his father. The destruction of Stalingrad would also have the benefit of eliminating much of the Soviet's industrial capacity, as well as give him an opportunity to send some specialized equipment to a secret base upriver...

The Empire's goal here was to launch a quick and decisive attack against the Soviet statues and industrial areas. As a result, the two regiments sent to carry out this mission emphasized the highly-mobile nature of the Imperial armies, with an intensive focus on fast, versitile mechanized units like the Tsunami Tank and Sudden Transport. The Imperial regiments sent were very fresh, highly-trained and well-supplied, with enough infantry and armour to complete their mission when used properly.

Meanwhile, the Soviet forces defending Stalingrad consisted of several regiments worth of infantry and armour, with a few squadrons of Twinblade gunships and MiG fighters in support. Much of the Red Army had been positioned further north in hopes of halting the primary Imperial offensive, so the units remaining at Stalingrad where mostly the local defenders and reserve units. As the battle progressed, Soviet reinforcements, including Twinblades, Bullfrog transports and Apocalypse Tanks arrived at the battlefield.

The Fall of Mother Russia

Slipping through the main Soviet lines, the Imperial forces arrived unexpectedly up the River Volga onto the northern bank. The Soviets had set up some defenses, and the waterway was patrolled by Flak troopers and Twinblades, but these patrols were fairly light, and were easily swept aside by the wings of Jet Tengus escorting the Imperial force. Once disembarking, the Empire's soldier moved swiftly, setting up defenses and preparing their raid, even as Mecha Tengus began striking monuments and industrial facilities in brutal, hit-and-run attacks, causing heavy damage and drawing away the Soviet defender from their main base. Imperial Warriors, in preparation for the incoming transports, began occupying structures and establishing fortifications along the river.

As chaos ensued, Zhana and her Soviet forces were caught off guard when the Empire struck her main base and the Mother Russia statue. Hundreds died on both sides as the Imperial sword drove straight into the Soviet heart, but the invaders were ultimately victorious, bringing the statue down and levelling Zhana's base. Signalling for aid, Zhana temporarily withdrew her surviving forces to the north-east, hoping to rally as many patriots as she could for the counterattack.

The Mother Russia statue had been destroyed, and the city's main industrial base has been levelled by the Japanese attackers. Despite their successes, the Imperial troops could not celebrate yet; Crown Prince Tatsu's transports were approaching the city, and Zhana had rallied her forces for a counterattack. Realizing they would need time to defend the convoy, the Imperial forces began setting up defenses within occupied Stalingrad, hoping to hold off the enraged Russians long enough for the transports to get through.

Soon enough, the Soviets launched a massive counter attack in the hopes of reclaiming Stalingrad, including a company of Apocalypse tanks they had pulled off of the main lines. Using a combination of armoured vehicles, fortified structures, Nanocore defenses and aerial bombardment, Kenji and the unnamed Imperial Commander managed to hold the attacking Soviets back, forming an insurmountable defense that protected the transports as they escaped the city, despite the heavy losses they endured. Once all of the transports made it clear safely, the unnamed Imperial Commander ordered a fighting retreat after them, leaving a ruined city and thousands of Soviet dead in their wake.

Once again, Emperor Yoshiro's strategy of destroying the symbols of their enemy had proven effective; the loss of the Mother Russia statue was a grievous blow to Soviet morale, and despite the best efforts of their military commissars and secret police, the Soviet populace and military began to lose hope, the latter beginning to desert in increasingly-greater numbers. This made the Empire's march to world domination much easier, as a demoralized enemy was already beaten in his heart, and thus relatively easy prey for the disciplined and technologically-advanced Imperial armies.

As for the transports, their contents would prove to be very useful in the coming days. In short, the Soviet Union was beginning to crumble, and the Empire of the Rising Sun showed no signs of slowing down... 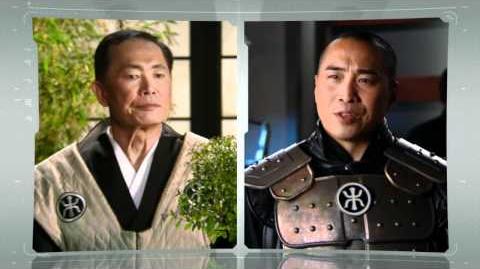 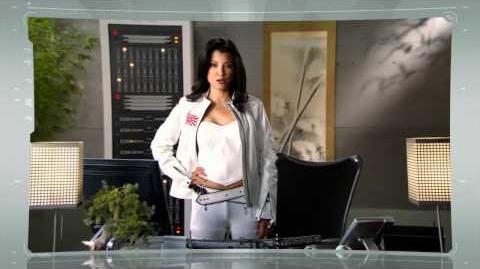 The real life Mother Russia Statue in Stalingrad was put up after the Soviet Victory in Battle of Stalingrad.

Retrieved from "https://cnc.fandom.com/wiki/To_Conquer_Shattered_Spirits?oldid=210823"
Community content is available under CC-BY-SA unless otherwise noted.