The Tomahawk Launcher was the long-range siege weapon of choice for the USA during the conflict with the GLA.

Using a Crusader tank chassis coupled with advanced US missile design, it traveled only slightly slower than a tank, firing single Tomahawk missiles, and had a short reload time. Although used primarily against structures as a siege weapon, the missile was also quite capable of locking onto a moving target, and could be effective against tanks under the right circumstances. The chassis also enabled optional drone support. Though the Tomahawk launcher was developed for USA forces, Chinese General Leang also had access to it.

Important note: Drones can be further upgraded with Drone Armour.

The Tomahawk launcher was useful for breaching enemy defenses and pounding buildings from a distance. Thinly armored, it required protection at all times. The Tomahawk could also be used to support armor by firing on enemy tanks from a distance. Although fast-moving units could outrun the missile, tanks could not. In addition, the missile had a small but significant area blast. If the conditions were desperate enough, the Tomahawk launcher could also be used as an anti-air weapon by launching a missile at aircraft while taking off. The Tomahawk launcher had the greatest range of all land-based siege weapons employed in the conflict. With its missiles' homing ability, it gave the USA a huge advantage on the battlefield.

The Tomahawk launcher had very weak armor, vulnerable to almost everything, and it had no protection at all against aircraft. The missile could be shot down by anti-aircraft weapons, although such weapons had to be concentrated, as the missile was fast-moving and extremely armored, even above USA's Raptor. A single Gatling Tank could not shoot down an incoming Tomahawk missile.

As with all artillery units used in the GLA conflict, it was unable to fire upon targets at close range, so if a unit such as a Battlemaster managed to get within its minimum range, the launcher would be reduced to scrap metal. The homing and fire-on-the-move capabilities could reduce these threats. Any armor-neutralizing tactic (including Neutron shells and Hijacker) could be used effectively against it. 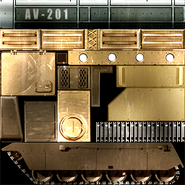 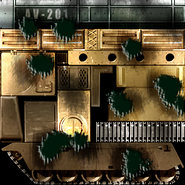 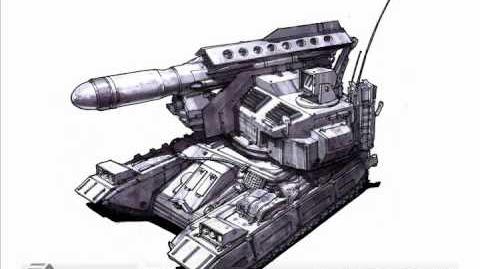 Historically, the BGM-109G Ground Launched Cruise Missile was a version of the Tomahawk missile which could be fired from ground-based launchers, similar to the Tomahawk Launcher in Generals. However, the real-life Tomahawk has a range far in excess of what is seen in C&C Generals. It is also a very expensive weapon, and would never be expended against targets such s infantry, bunkers, or even tanks in real life. A more accurate depiction of Tomahawks can be seen a cutscene in the beginning of the USA final mission against Dr Thrax.

Retrieved from "https://cnc.fandom.com/wiki/Tomahawk_launcher?oldid=232438"
Community content is available under CC-BY-SA unless otherwise noted.