General "Pinpoint" Townes is a 4-Star US Army General around the time of the War against the GLA.

An early champion of laser technology in the USA Armed Forces, "Pinpoint" Townes has developed comprehensive offensive and defensive strategies for the 21st century around laser-based weapons. However, Townes found academic life too slow and returned to a battlefield command in 2010. Relying on inexpensive, powerful laser technology throughout his forces and his unique knowledge of its strengths and weaknesses, General Townes has consistently received superior marks during war games and live-fire actions. This four-star general continues to push the technology envelope in harnessing energy and improving power efficiency, and the Army is counting heavily on him.[1]

Townes fort is positioned in what is best described as an conventional American suburb with houses, road, ranges of open field and an active train lines. He is holding tight inside a flat, wide, elevated, and paved area which resemble a giant parking lot. His base consumes more power than it produces, forcing him to supply power to only one entrance's defenses at a time. He will activate his defenses only when the player's units are near them, and if that is not the case, he supplies his base's power to his super-weapons. He will use his laser arsenal extensively by using laser tank for the offensive and laser turret for defensive purpose. Any offense (aside from rebel ambush and GLA tunnel) will have to go through a competently constructed defensive measure covering surface and air area, with recovery effort for every structure damaged or destroyed. His Super weapon lies in the center of his base.

There is a glitch where sometimes the Spy Drone at his base entrances becomes invincible, causing all anti air units and base defenses nearby to continuously shoot at them endlessly. One way to avoid this is to not bring any stealth detecting units into his base.

Artillery unit and continual carpet bombings may be used to destroy the laser cannons surrounding the base. Alternatively, super-weapons may be used to knock out the power plants. GLA generals may also use the Rebel Ambush or Tunnel Attack General's powers to get units past the defenses. 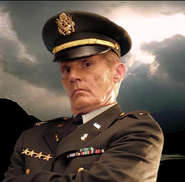 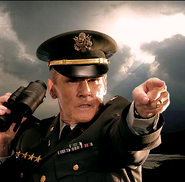 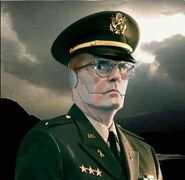 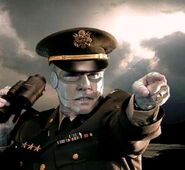 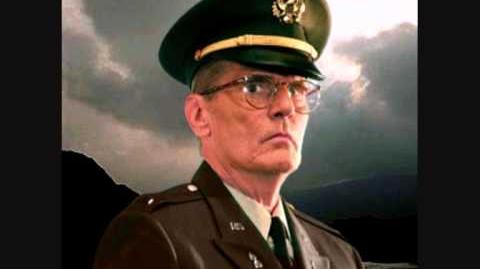 Retrieved from "https://cnc.fandom.com/wiki/Townes?oldid=231006"
Community content is available under CC-BY-SA unless otherwise noted.