The toxin tractor was the GLA's dedicated anti-infantry and anti-garrison vehicle during the War against the GLA.

Toxin tractors, as their name suggests, were ordinary civilian tractors refitted with crude armour plating and, more importantly, multiple tanks of toxin and a toxin-spraying turret. Toxin tractors were capable of clearing buildings garrisoned by the enemy by spraying a compressed liquid that vaporizes into a poisonous gas. Unlike flash-bang grenades or dragon tank fire, the toxin did not instantly kill every infantry unit in a building, but rather one at a time at a very fast rate. When stationary, toxin tractors could be ordered to contaminate the area around them. They were ineffective against heavy vehicles and completely useless against buildings.

At elite veterancy, toxin tractors spray Anthrax Beta, even if the upgrade has not been purchased yet.

In Zero Hour, the toxin tractor could be upgraded with scavenged parts. The first upgrade noticeably increased the size of the tractor's gun, while the second added two smaller barrels on either side, allowing it to spray an area with that much more toxic sludge. Each of these upgrades increased the unit's damage output. 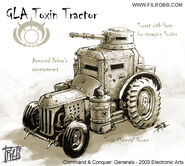 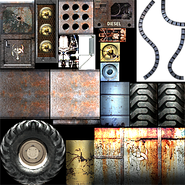 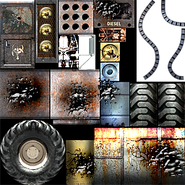 Toxin Truck texture 2
Add an image to this gallery
Retrieved from "https://cnc.fandom.com/wiki/Toxin_tractor?oldid=232404"
Community content is available under CC-BY-SA unless otherwise noted.